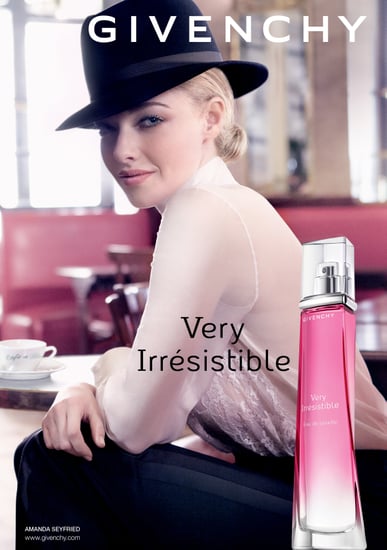 Amanda Seyfried just landed another beauty deal: she's the new face of Very Irresistible Givenchy. As the current spokesperson for Japanese luxury brand Clé de Peau Beauté, playing a beauty muse is no new gig. But she's clearly excited to take part in a fashion house that she's been a longtime fan of. When asked to be the new face of the Givenchy fragrance, she said, "F-ck yeah," WWD reports. "I'm proud to be a part of [the brands I'm involved with] because what they do is really cool, especially Givenchy — they're so artistic."

The fair-skinned beauty just finished shooting the TV and print campaign ads, which were styled by designer Riccardo Tisci. You can expect to see them starting this Fall. And we're excited to see Amanda decked out in more Givenchy as she promotes her latest films, Lovelace and Epic. Now, if only she could score a hair care deal.

Beauty News
The Queen's Gambit Is a Nod to the '60s, From Short Bangs and Winged Liner to Lots of Glam
by Jessica Harrington 14 hours ago

Annie Murphy
Annie Murphy Is a Huge Fan of This Hollywood Icon — So, Naturally, She Got a Tattoo of Him
by Danielle Jackson 1 day ago