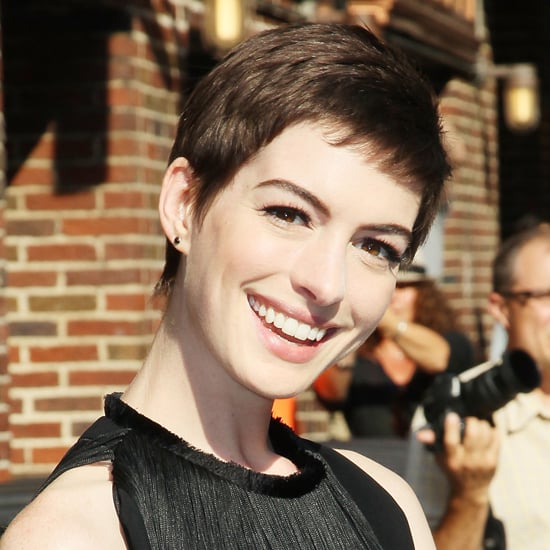 Making a drastic change can heighten emotions, and Anne Hathaway admitted that her newly ultrashort cut caused her to turn on the waterworks. "I was inconsolable," she said while appearing on Live! With Kelly. And even though she's been faced with difficult tasks during her career, Anne revealed that this one was high on intensity. "I've done backflips out of windows, I've jumped off of buildings, [but] cutting my hair reduced me to mental-patient-level crying."

Anne's latest look comes as a result of her role as Fantine in the upcoming film adaptation of Les Misérables. "[The haircut] is something I wanted to do for a long time, and I knew it was something the character did," she said. But as the time drew nearer for the big chop, she had reservations: "I thought, 'I really can't take it back now!'" A few months have passed since she debuted her pixie, and if a picture is worth a thousand words, it seems like Anne's more comfortable with her gamine look. Are you loving it? And have you ever had a cut that's made you cry?