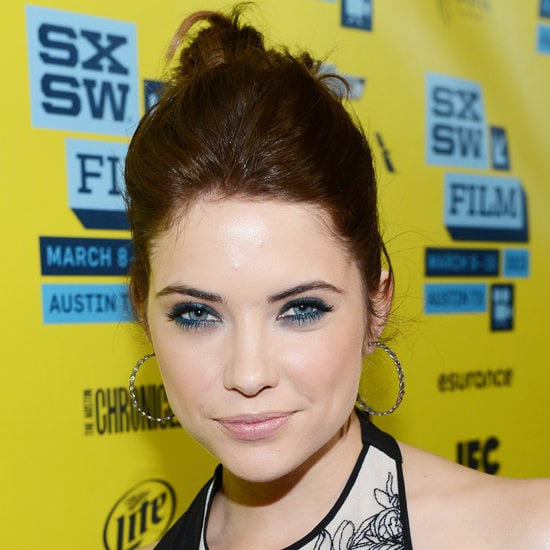 Ashley Benson, star of the upcoming Spring Breakers, had fans doing a double take at the film's premiere at the SXSW festival in Austin, TX. The normally blond actress showed up sporting chocolate-hued locks, which she twisted into a messy topknot. Her new hair color paired gorgeously with her electric blue eye makeup, which brought out her azure eyes.

To create Ashley's captivating eye makeup, makeup artist Nico Guilis started by lining her lash line with MAC Eye Pencil in Black ($16). He then layered Nars Matte Eye Shadow in Outremer ($24) over the black for the pop of blue, finishing with Chanel Le Crayon Khôl in Black Jade ($28) in Ashley's water line. The effect was a watery-blue smoky eye that's right on point for Spring.