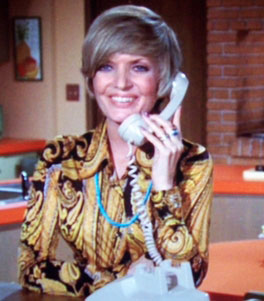 At 76, Florence Henderson is looking pretty amazing, as evidenced by her recent appearances on Dancing With the Stars. Florence, who first got her start in theater in the 1950s, is best known for her role as Carol Brady from The Brady Bunch. But she's also an accomplished singer. (Don't you remember when Carol loses her voice and Cindy gets it back for her by asking Santa Claus?)

And when it comes to beauty, Florence is known for that "hair of gold" flippy shag, which she still wears a variation of today — just not as severe. (For something a little more modern, try a wavy pixie.) As for how she keeps looking so youthful? Perhaps it's because of her training in hypnotherapy, as well as through being a licensed therapist. Flattering makeup doesn't hurt, either. In fact, Florence has even had her own line of cosmetics, Florence Henderson Transformaire, and word has it that she prefers to apply her own makeup. What can't this funny lady do?