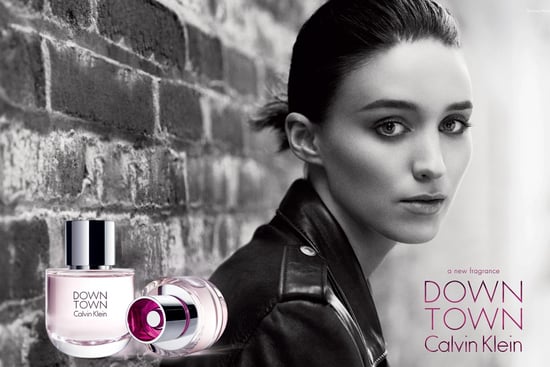 Rooney Mara has been tapped by fragrance giant Calvin Klein as the face of the brand's latest fragrance: Downtown. The announcement came last night during Calvin Klein's Cannes party. "I am very excited to be included in the group of amazing women that have been featured in the iconic advertising campaigns for Calvin Klein fragrances," Rooney told WWD. "The Downtown fragrance holds true to the chic, confident, and simple feeling of the Calvin brand." And with notes of bergamot, violet leaf, incense, and velvet musk, as well as Downton's bright fuchsia bottle, Rooney's statement couldn't be more true.

Rooney's stint as Calvin Klein's Downtown chick includes TV spots directed by David Fincher, print ads shot by Jean-Baptiste Mondino, and a huge social media push. "We want to create a dialogue with consumers," Marc Rey, president of Coty Prestige US, said. Rooney's character for the campaign is a young woman who plays by her own rules. The fragrance is set to drop in select global markets in July, with US consumers getting their first glimpse in September.