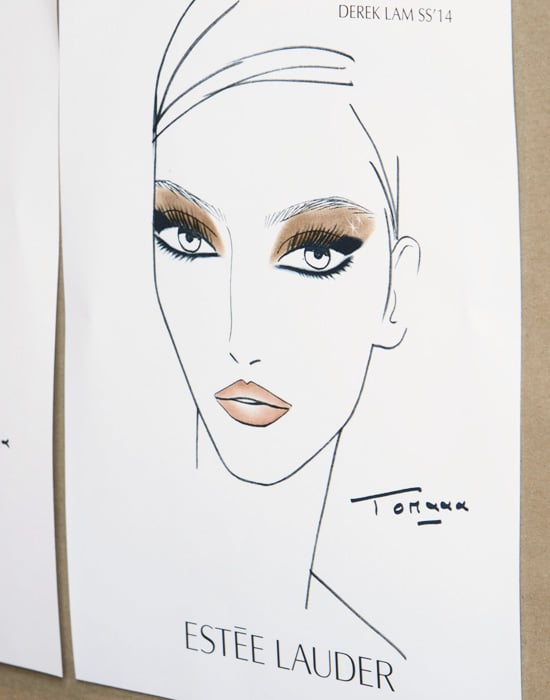 Marc Jacobs did it, Jason Wu has done it, and now Derek Lam is entering the cosmetics field, too. Tom Pecheux, creative makeup director for Esteé Lauder, is a staple backstage at Derek Lam runway shows, so it's only natural that the two would eventually work together to create a new collection for the beauty brand. "I do love the idea women could use my makeup like my ready-to-wear collection — as part of the wardrobe that creates a personality and a style. I wanted that functionality in the makeup line," Lam told WWD. "I also wanted to translate what I’m seeing in fabrics and textures into the cosmetics.”

This isn't the first time Derek has designed something other than clothes. He once did a one-off fragrance for his fashion show, and he's also collaborated with a powerhouse brand before with his Kohl's collection. This five-piece makeup set will include a navy blue eyeliner, a golden eye shadow, mascara, a rosy lipstick, and a nude gloss with metallic flecks. To make it even more covetable, the entire collection will be encased in a Derek Lam-designed clutch. The kit, which launches in January for $85, is supposed to be any woman's after-five essentials, which is right in line with the look from his Spring 2014 runway show, where we got a sneak peek of the products. "Nobody has time to go back home to shower to clean and rebuild the makeup. Girls like to add a bit of makeup to start their second part of the day and then the evening." Well, thank you for bringing us one step closer to happy hour.