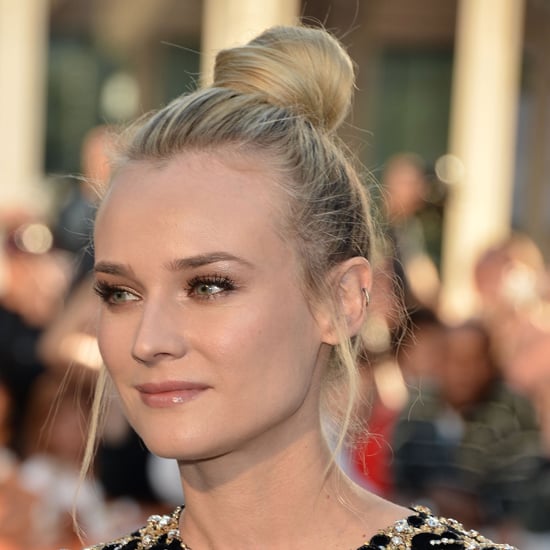 Stunning on the red carpet is one of Diane Kruger's best moves, and at the premiere of Inescapable at the Toronto Film Festival, she upped the ante. Her tight, yet somehow wispy topknot was both glamorous and edgy. Celebrity hairstylist Kylee Heath, who styled Diane's hair for the premiere, explained that her inspiration was Valentino's Fall 2012 couture show. "We wanted to modernize the look a bit with a soft edge," she said.

To achieve the runway-inspired style, Heath started with a cocktail of Oscar Blandi Volumizing Spray ($19) on Diane's ends and Kérastase Mousse Volumactive ($41) on her roots. After she blew out Diane's hair, she pulled it up into a high ponytail. The trick to this sleek bun is that Heath broke the ponytail into three sections, wrapping them around the base one at a time, securing with pins. She finished with a mist of Frederic Fekkai Sheer Hold Hair Spray ($39). "I chose to leave the hairs around the hairline soft and not slick," she said. "This made the look more red carpet and less runway." And also insanely easy to replicate at home.