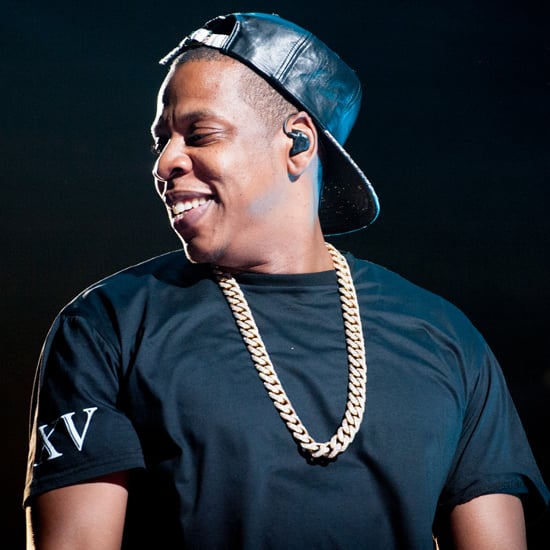 Oh, Jay Z (no hyphen). Musical domination wasn't enough, but now you have to go and take over the men's fragrance market, too? Gold Jay Z, the first scent from everyone's favorite rapper/designer/business mogul, is now available at Barneys just in time for the holiday season.

The fragrance debuted today as part of his charitable collaboration with Barneys New York. Already, the project has gotten a lot of press with the department store's racial profiling scandal looming. However, Jay Z isn't phased. On his blog, Life + Times, he ensured followers that 10 percent of sales on Nov. 20 will go to the Shawn Carter Foundation, which provides scholarships to those with financial need. Gold Jay Z will be available nationwide at other retailers on Nov. 29 (Black Friday).

At first glance, the bottle seems to be a simple white bottle with gold accents. But the cap is actually engraved with Jay Z's words of encouragement: power, pride, confidence, strength, success, courage. Within, you'll find a masculine juice with a mix of bergamot and cardamom at the start, which bleed into vetiver and teak wood. Finally, the scent finishes with amber, myrrh, and bourbon vanilla. The prices range from $39-$150.

And knowing the level of innovation that Jay Z demands on a regular basis with his music, including launching his guaranteed-platinum album on mobile and his video on Facebook and taking over one of the world's most prestigious art galleries to rap for six hours straight, he's not playing it safe with his fragrance launch. For example, the window displays in Macy's will convert your reflection into a gold avatar, and that is only the beginning. Needless to say, we think Jay Z has the Midas touch. 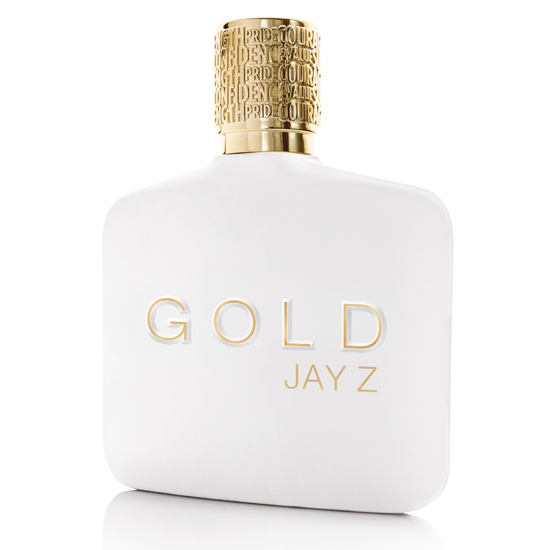 Nick Jonas
Nick Jonas May Have a Tiny Tattoo Collection, but Each One Sends a Powerful Message
by Danielle Jackson 1 day ago