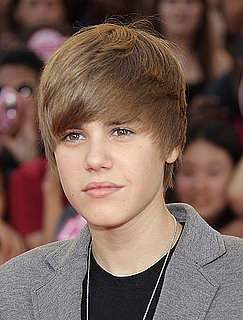 Cue the squeals of thousands of teenagers, because OMG you guys, Justin Bieber is the new face of Proactiv! The 16-year-old singer and Usher protegé has signed on as a spokesperson for the best-selling acne treatment, saying:

This is kind of a way I can give back to my fans, by letting them know I use Proactiv and that it’s really easy — one, two, three and you're done. My fans already know I'm just a regular kid, except the stuff about my life that's not regular . . . like performing to thousands of kids and always being in the spotlight. But, I know that for a teenager, it doesn’t matter how many people are looking at you, you don’t want acne on your face."

Along with appearing in infomercials, Justin will also be using the partnership to promote nonprofit Pencils of Promise, which aims to expand education in developing nations. Judging by the devotion of Biebermaniacs everywhere, we're guessing Proactiv is about to see a huge upswing in sales — not a bad way to celebrate the brand's 15th anniversary.

Justin Bieber
"Hold On" to Your Abs, Because This Justin Bieber Workout Is a Good One
by Samantha Brodsky 4/15/21