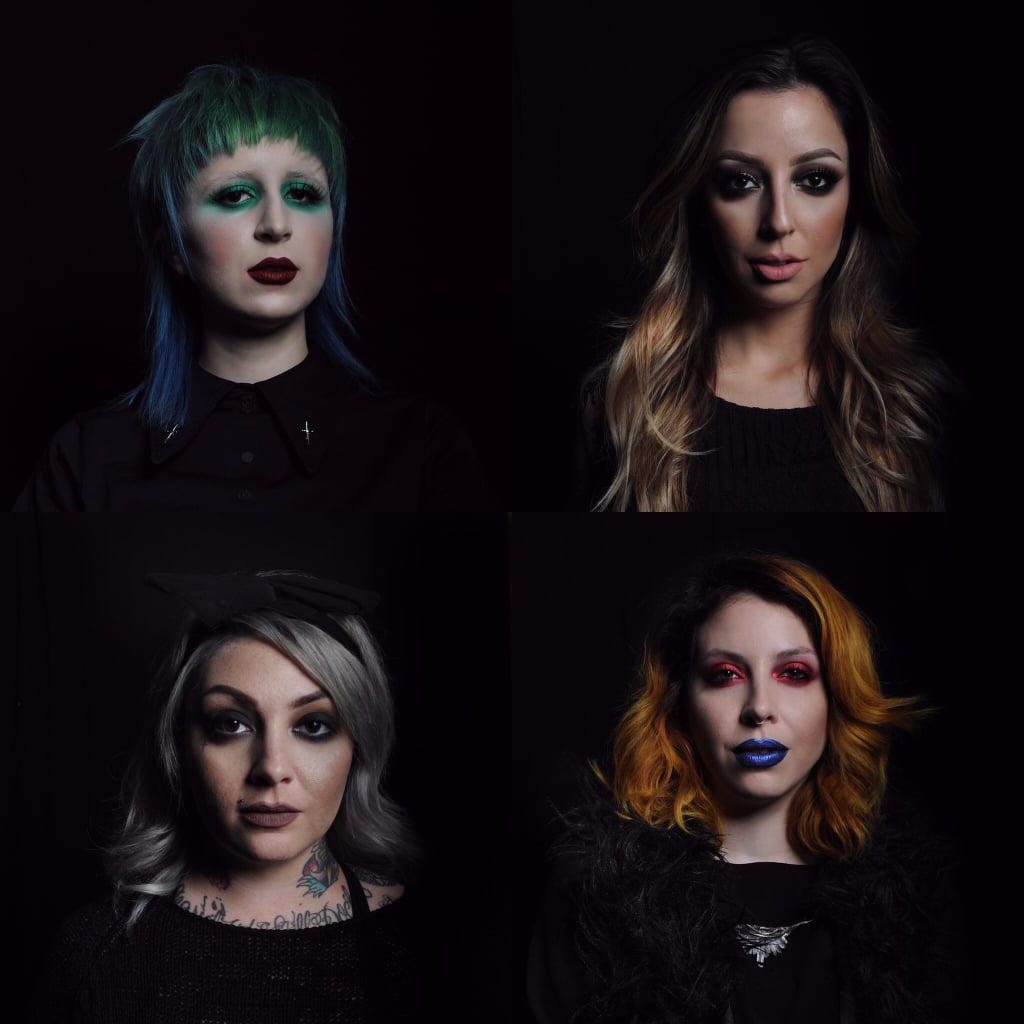 If you follow Kat Von D's Instagram accounts — both that of the makeup brand and the personal feed of the mogul behind it — you know that they are almost implausibly full of artistic inspiration. What you might not know is that Kat herself is the one obsessing over each image (on both feeds!) and sharing the masterpieces with her fans.

Finding and promoting other artists has resulted in a major development. After a decade of being the only face of her brand, Kat is building a beauty family: the Kat Von D Artistry Collective. Makeup artists Leah Carmichael, Steffanie Strazzere, Tara Buenrostro, and Kelseyanna Fitzpatrick — some of whom Kat discovered on Instagram — will officially be representing the company alongside its namesake. This means you're going to start seeing a lot more of these talented women, including on Kat Von D Beauty's all-new YouTube channel (launching today, March 9).

In an exclusive interview with POPSUGAR, Kat explained that she'd originally planned for her Collective and channel to debut several months ago, but she postponed the announcements in the name of perfection. Rushing through the creative process can translate to shoddy results, and Kat prefers her endeavors to be flawless from the start. She and her team of artists have spent months working on beautiful tutorials that the makeup mogul believes will appeal to a wide range of viewers. "Whether or not you like makeup, you'll want to see these videos," she said.

Hearing her gush so sincerely about her Collective's talent made it obvious that Kat's a true superfan of these women, not just their employer. She even confessed to being so intimidated by Tara's talent, she was nervous to send her an Instagram DM. ("I remember having the screenshot saved in my phone for quite some time to muster up the courage," she shared.) That's why she's going to be promoting them everywhere she can.

"My plan for them is to not just be ambassadors," explained Kat. "Lots of brands have ambassadors that we never hear about, and I think brands make the mistake of not putting these artists on the pedestal that they deserve." She will take all four of them on a global masterclass tour, bring them to creative meetings, and have them weigh in as the brand develops new products. (Can we please tag along?)

Kat is clearly passionate about authentic artistry, not work that's driven by a desire for fame or wealth. You'll note that the members of her Collective don't have millions of Instagram followers, though that's about to change!

"It's important to stay true to your intentions," she advised. "There's plenty of people out there who just want to be a sensation . . . it's important to create for the sake of creating." She pointed out that the brands, musicians, and other artists who stand out the most are those who take their time and focus on producing high-quality art. Considering the work that she and the Kat Von D Artistry Collective put into the launch, we know some spectacular masterpieces are coming down the pipeline.

Keep reading to learn more about Kat's team of "badasses" (spoiler: two have worked with Beyoncé!). Then, keep an eye on the official Kat Von D Beauty YouTube channel: each artist will be spotlighted for a week so you can get to really know them and their work.