Even though Kate was rumored to wear flowers in her hair today, she ultimately decided on a Halo wedding tiara made by Cartier in 1936. It was originally bought by the Duke of York (King George VI) for his duchess wife (Queen Elizabeth) three weeks before he became king. The tiara was given to Princess Elizabeth (the present day queen) by her mother on her 18th birthday. Do you like the tiara that Kate chose? 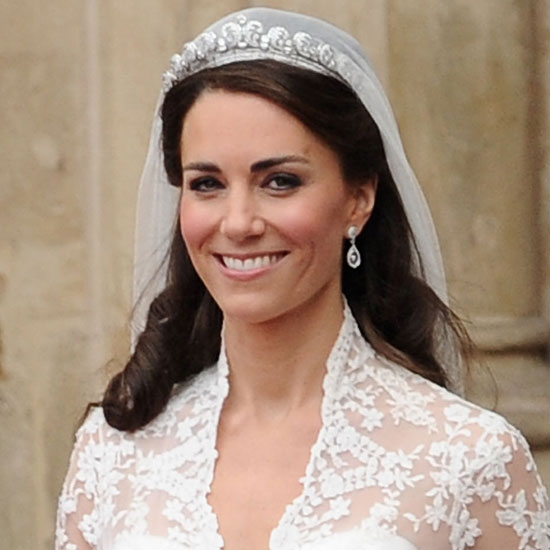