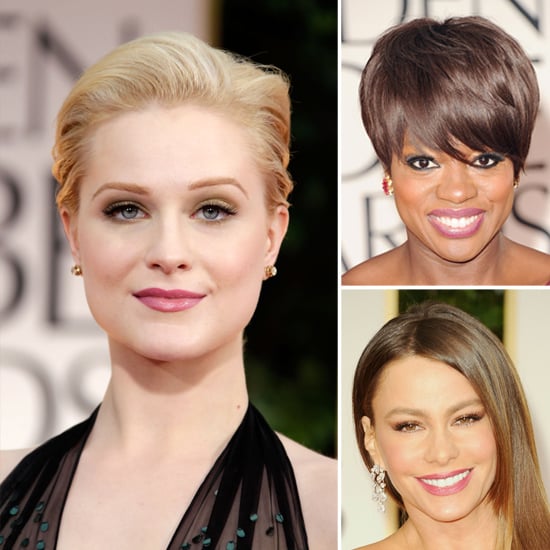 Back in the late '80s and early '90s, the word mauve conjured up a dusty rose shade that was more drab than fab. But these days, mauve has gotten a whole lot brighter, richer, and wearable, and the women of the 2012 Golden Globes red carpet know it. A pretty mix of pink with a tinge of purple, the color stands out in a sea of expected red lipsticks and pale pink glosses. Take, for instance, Evan Rachel Wood, who paired her hot hue with a golden shadow. And then there's Viola Davis, who went for a classic look with a dramatic, darkly lined eye, and Sofia Vergara, who spiced things up with a bronzed shadow and flirty lashes. So dust off that theory that mauve can't work. It's actually a shade that's as versatile as it is flattering.

Red Carpet
The Emmys Aren't Over Until We Say So! Here Are Our Favorite Photos From the Night
by Haley Lyndes 4 days ago

Red Carpet
For the Love of Fuchsia — We're All About H.E.R.'s Custom Vera Wang Qipao Dress at the Emmys
by Chanel Vargas 6 days ago