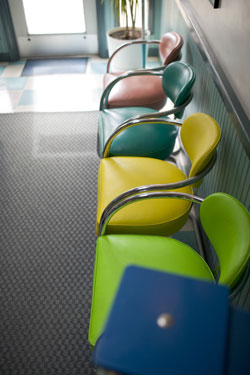 File this story on things that are likely to not happen while you're relaxing at the salon. While getting her hair done at Sabine's Hallway in Brooklyn yesterday, off-duty cop Feris Jones just happened to be at the right place at the right time. After 19-year-old Winston Cox followed a customer in, pulled out a revolver, and demanded money, Jones got up, identified herself as a police officer, and asked Cox to drop the weapon.

Instead, Cox shot at her (even after she ID'd herself, d'oh!), but Jones shot back, striking the attempted robber in the leg. Cox got away but was later found and taken into custody by the police. Crimes of beauty may happen occasionally, but thanks to Jones's quick thinking, she stopped this crime at the root of it.

Beauty Trends
4 Haircut Trends That Will Rule Your 2021 Mood Board, According to the Pros
by Kelsey Castañon 5 hours ago