Typically, a hair care commercial is packed with bouncing ringlets and strategic product placement, but a new ad from Pantene Philippines takes an entirely different route (and it's pretty awesome). The campaign brings up the very real issue of gender discrimination in the workplace: in it, a woman working overtime is considered "selfish" for neglecting family responsibilities, while a man in a similar situation is labeled "dedicated." The tagline — "Don't let labels hold you back. Be strong and shine." — inspires major feelings of girl power (and hair power!).

This year alone, women have been taking more heat for their appearance in the office. Remember the Iowa woman who was fired for being "too pretty"? Even at the elementary level, females are having to explain their styling choices, like the 7-year-old girl who had to leave school because the administrators didn't approve of her distracting dreadlocks. Does the way we look really influence the way we work? Not at all.

We have to say that while a model shaking her perfectly styled coif is pleasing to the eye, this commercial sends a stronger message — one about having it all, including a gorgeous blowout. Here in the States, women still earn 77 cents to every dollar a man receives. And overseas in Europe, female employees take home about $266 a week less than their male counterparts, according to the Workplace Gender Equality Agency. Perhaps Pantene can tackle that issue in its next advertising spot. For now, we're sending this video to all our girlfriends in the office for a little midweek encouragement.

Tell us: do you think this commercial sends the right message about women in the workplace?

Beauty NewsPanteneHair
Around The Web

Long Hairstyles
Attention Anyone With Long Hair: This Is Your Sign to Get Curtain Bangs
by Chelsea Dolan 2 hours ago

Annie Murphy
Annie Murphy Is a Huge Fan of This Hollywood Icon — So, Naturally, She Got a Tattoo of Him
by Danielle Jackson 8 hours ago

Beauty News
Barbie Ferreira Is Preparing For a Zoom Holiday, but She'll Still Be Wearing Glitter
by Jessica Harrington 10 hours ago 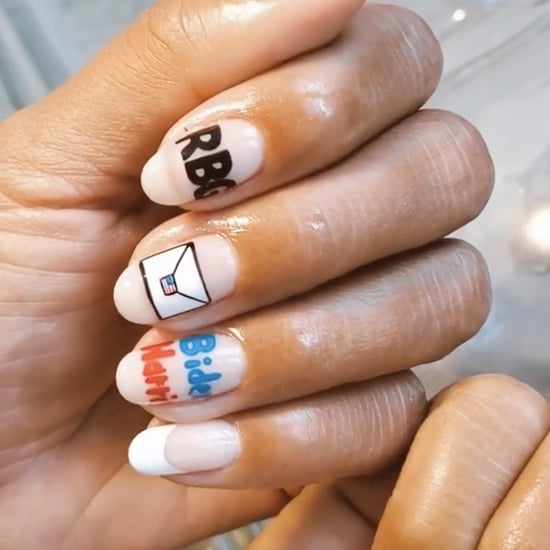 Hannah Bronfman
Hannah Bronfman's Election-Themed Mani Is So Spot-On, There's Even a Fly on Her Thumb
by Perri Konecky 13 hours ago