From long and stick-straight to an edgier shag cut with bangs and just about everything in between — except shaved and shorn — Malin Akerman's been experimental with her hairstyles as of late. Each of her looks, as different as they may be, are also very wearable. While the actress and former model, who appeared in such blockbusters as The Proposal and 27 Dresses, would look great in just about any style, which hairstyle do you prefer on Malin? 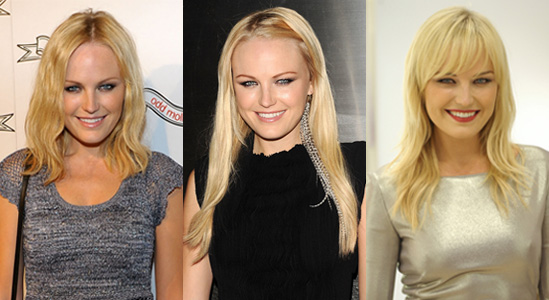 Hair
The Best Hair-Color Ideas For People With Curls, According to a Pro
by Kelsey Castañon 2 days ago

Gwen Stefani
Gwen Stefani's First Wedding Dress Was Dip-Dyed Pink — What Will She Surprise Us With Now?
by Sarah Wasilak 3 days ago