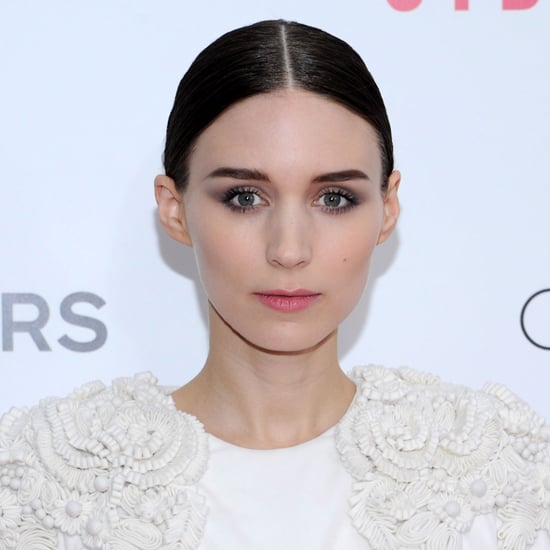 It's easy for a girl to get torn between a romantic, whimsical look and a badass, sultry one, but Rooney Mara showed us how to perfectly mesh the two. The Side Effects actress was out last night wearing a smoky eye that was more ethereal than edgy. Instead of moody metallics and blacks, Rooney smudged grays and lavenders. The result was a soft shadow look that was perfectly balanced with her bold brows and sleek dark hair.

The trick to this look is blending and diffusing. Swipe on a shadow like Bobbi Brown Eye Shadow in Rockstar ($21) on your lids and then kick it out into a cat-eye shape. Then, blend a soft purple hue like Pur Minerals Eye Shadow in Lavender ($14) into the crease. Using a fluffy shadow brush, blend the two shades together until they seamlessly melt into one another. Skip your eyeliner, but add at least two coats of a volumizing mascara like Laura Mercier Full-Blown Mascara ($24). For the final touch, don't forget a soft pink on your cheeks and lips. You'll look heaven-sent.

Beauty News
Demi Lovato, Gabrielle Union, and More Head to the Polls With the Cutest "Vote" Nail Art
by Jessica Harrington 13 hours ago