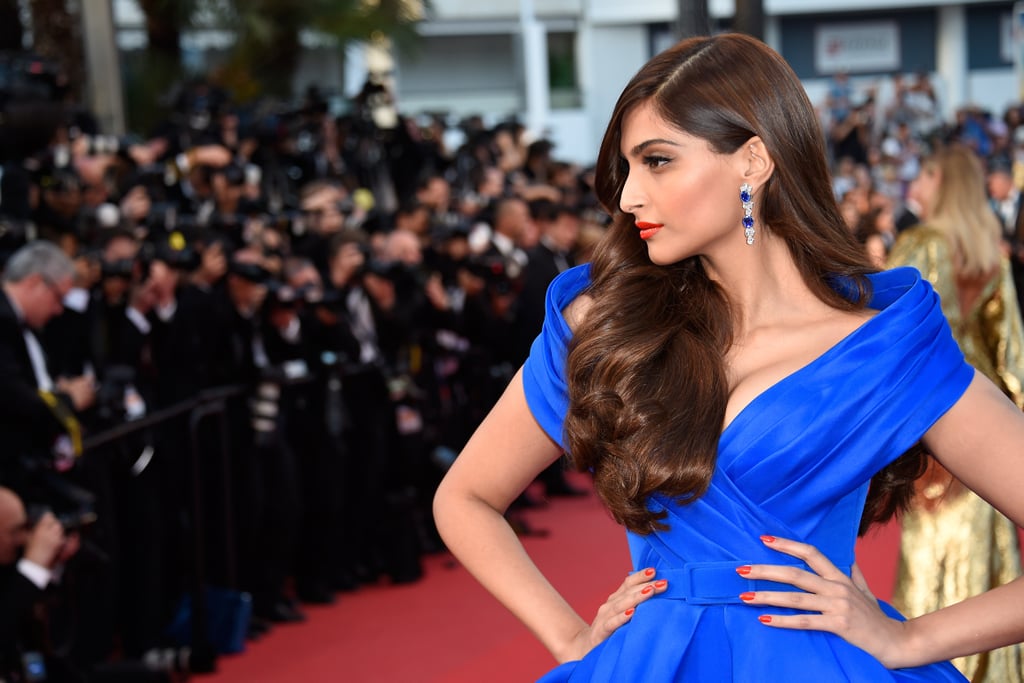 Year after year, we've been mesmerized by the beauty choices at Cannes Film Festival of one woman in particular: Sonam Kapoor, the daughter of legendary actor Anil Kapoor who's a star in her own right. The Bollywood actress made her acting debut in 2007 but has since appeared in 13 films and several music videos, winning numerous awards for her work.

Not only is she a celebrated performer, but Sonam is an absolute beauty icon. She is one of the Indian celebrity ambassadors for L'Oréal Paris (along with Aishwarya Rai) and is also a spokeswoman for Colgate. But she's truly earned these gigs — she has serious beauty chops. We've seen Sonam experiment with everything from fishtail braids to retro cat eyes.

Brace yourself for some serious inspiration! We've rounded up some of Sonam's most stunning hair and makeup moments to motivate your next look. And if you become as obsessed with her as we did, download her app! She shares behind-the-scenes peeks at her glamorous life, including beauty tips.