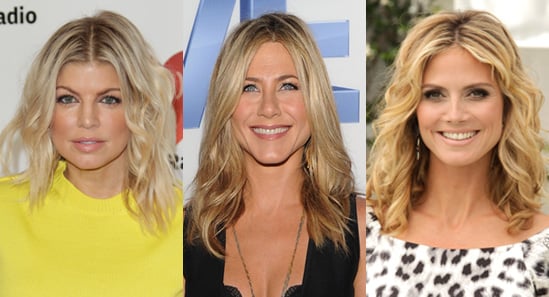 In terms of glitz and glamour, this week was a relatively tame one. In lieu of intricate updos and bold makeup looks, certain stars instead chose the slightly edgy tousled lob (aka the long bob). Fergie, for example, did a matte and texturized version for her usual rocker-chic effect, while Jennifer Aniston went for smooth, soft waves. Heidi Klum opted for something in between: refined beachy waves. They all looked great, but if you had to pick a favorite, which celebrity style would it be?

Beauty Trends
14 Celebrities Who'll Inspire You to Keep Your Side Part, TikTok Be Damned
by Danielle Jackson 1 day ago