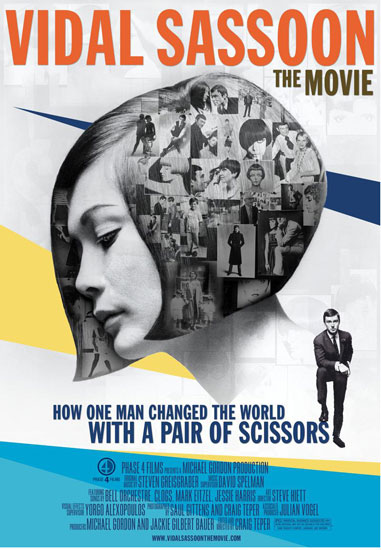 While Vidal Sassoon The Movie had its world premiere at the 2010 Tribeca Film Festival in New York last year, it's only just now been put in limited release. And if you happen to live in or near the cities of Los Angeles, New York, or Chicago, you're in luck, as you can catch the much-anticipated flick at a theater near you. (Check the movie's website for dates, times, and theater locations.)

Not close to one of those metropolitan areas? There's no need to fret. If you're a subscriber of Comcast, Time Warner On Demand, or Dish Network and your plan includes access, you, too, can watch the film. Find out more details here. Are you planning on seeing the documentary?