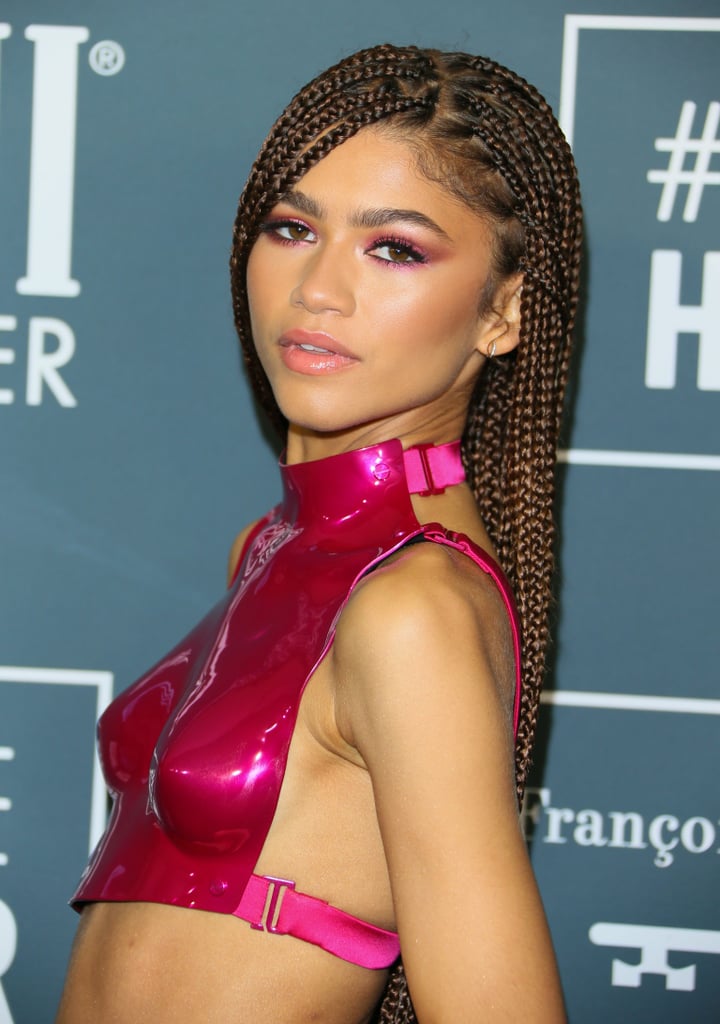 Nothing to See Here, Just Visible Proof That Zendaya Can Do No Wrong With Her Makeup

Before finding a go-to makeup artist in Sheika Daley, you might be surprised to learn that Zendaya mostly did her own makeup. Yes, she has created most of the amazing eyeshadow, lip, eyeliner, and contour looks you're going to see in this list after learning what she likes and what she doesn't from some of the biggest industry experts in the world. (Sometimes, she even shares her favorite beauty products she uses to get the look.)

It seems hard to believe considering her quick ascent into Hollywood superstardom post-Euphoria, but we've been watching Zendaya grow up for almost a decade now. Since her early days as a Disney Channel star, we've watched her evolve from fresh-faced tween actor to a grown-up style icon. Even as a teenager, Zendaya always had an eye for colorful, creative, and downright gorgeous makeup looks, reinventing herself on every red carpet.

Since becoming the face of legendary beauty brand Lancôme back in 2019, she's continued pushing beauty and fashion boundaries (frankly, we're just waiting for her to drop her own makeup line). But that's not all. From her trendy reverse eyeliner at the Dune premiere to those Twiggy-inspired eyelashes on the cover of InStyle, keep reading to see some of her best makeup moments.

Related:
Zendaya Got Bangs, and Now We Want Bangs, Too
Previous Next Start Slideshow
ZendayaMakeupCelebrity Beauty