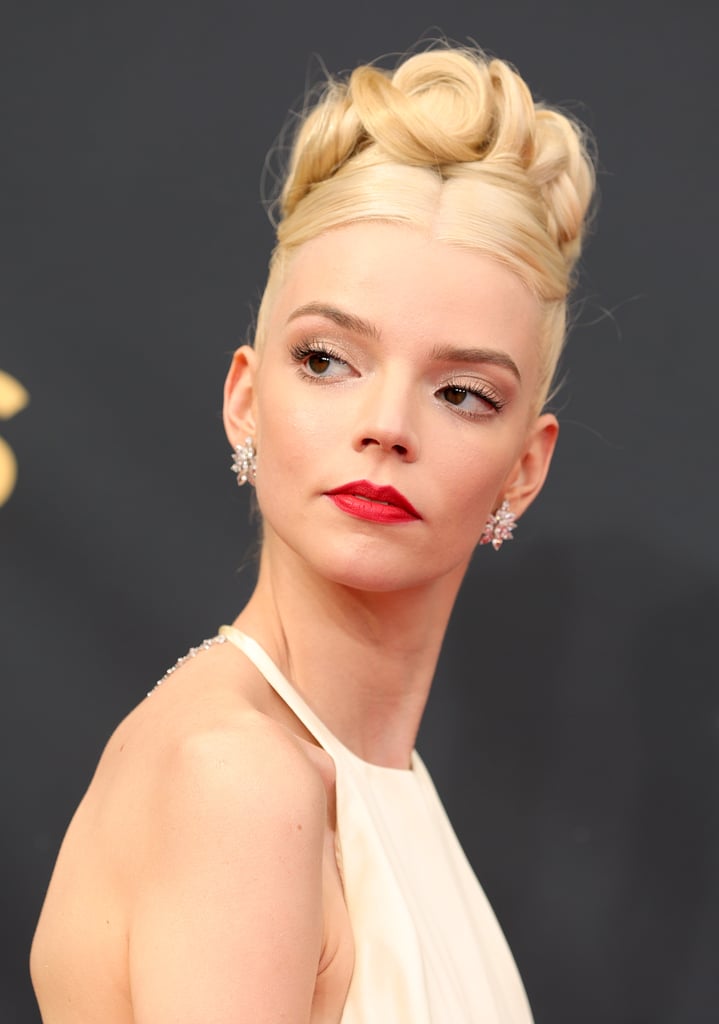 When you come of age in the spotlight, award shows are kind of like prom. Anya Taylor-Joy demonstrated as much with her beauty look at the 2021 Emmy Awards. The actress, whose leading role in The Queen's Gambit earned her a nomination, wore her hair in an updo you don't see as often these days, yet an updo that was a staple of high school dances in the early 2000s.

Beautifully executed by Gregory Russell, the hairstyle consisted of a high bun with curled strands swirling around it. Her makeup, by Georgie Eisdell, was kept pretty simple apart from a classic red lip. The entire beauty look nicely complemented Taylor-Joy's backless Dior gown.

Red Carpet
Shoniqua Shandai's Harlem NYC Premiere Look Is as Vibrant as Her Character Angie, Love to See It!
by Naledi Ushe 19 hours ago

Billie Eilish
Well, That Was Fast: Billie Eilish Is a Brunette Now
by Kelsey Garcia 19 hours ago