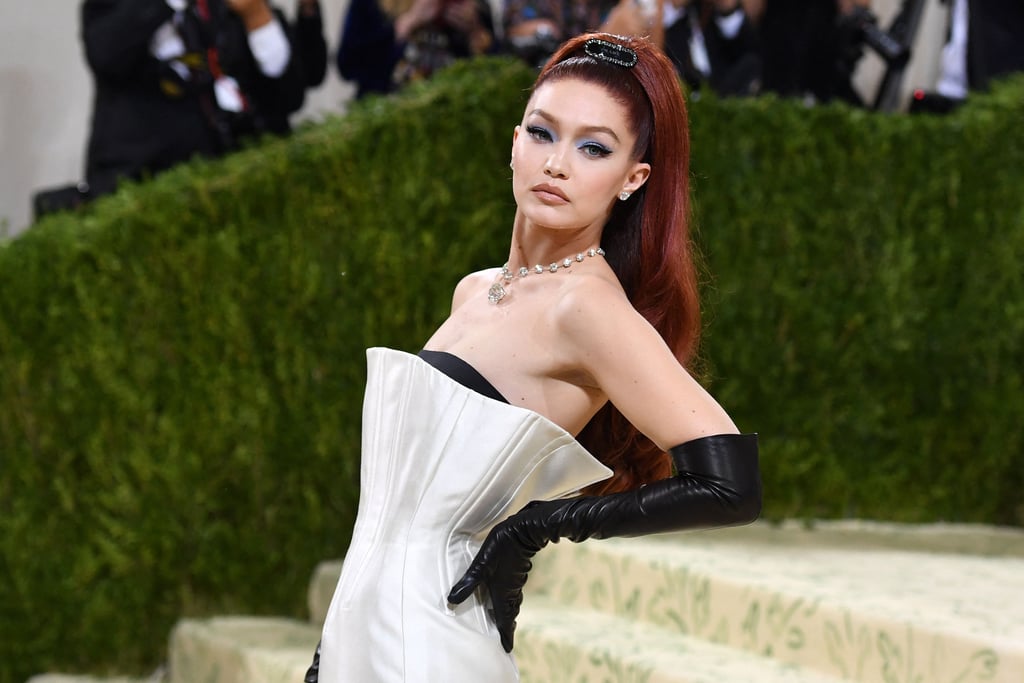 Gigi Hadid switched things up for her sixth appearance at the 2021 Met Gala. The model arrived at the star-studded event with her hair in a dark auburn shade that was quite the departure from her usual blond. Hadid actually dyed her hair red in March after being inspired by Anya Taylor-Joy's character on The Queen's Gambit, but that was more of a copper color, and in recent weeks, it faded back a bit to her natural base.

Hadid's hair was styled in a voluminous ponytail adorned with a black Prada barrette, which matched her white corset dress and black elbow-length gloves, also by Prada. For her makeup, Hadid wore blue eyeshadow and a classic cat eye. Take a gander at her beauty look ahead.

Red Carpet
Zendaya Is 8,000 Years Ahead of Her Time — See Her Futuristic Gown at the Dune Screening
by Chanel Vargas 12 hours ago

Beauty News
Bretman Rock Got a New Tattoo to Honor His Playboy Cover, and the Placement Is Oh So Sexy
by Victoria Messina 21 hours ago