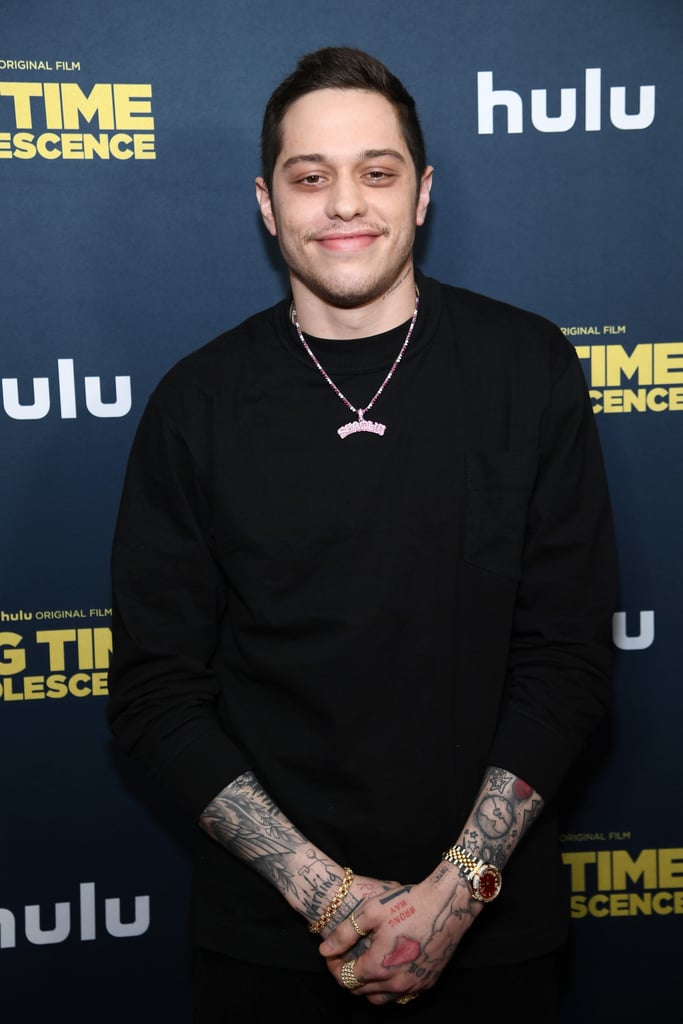 UPDATE: If you've been waiting with bated breath for more on why Pete Davidson is removing his extensive tattoo collection — and if people's earlier reactions are any indication, chances are you might be — he stopped by Late Night with Seth Meyers to explain. Turns out, it's because he wants to continue his career path in the movie business, and "for some reason, people in movies don't have them." The one downside: the entire process is pretty painful.

Check out his full interview below.

If there's a Pete Davidson fan in your life, you might want to say a little prayer for them right now. The Saturday Night Live actor is in the process of getting all of his tattoos removed — yes, even that Hillary Clinton portrait — and, naturally, fans of the comedian are taking the news a bit hard.

The news hit social media just last week after film critic Mike McGranaghan shared a screenshot via Twitter from a virtual Q&A he attended with Judd Apatow and the cast of The King of Staten Island. McGranaghan wrote in the accompanying tweet that Davidson shared he's currently getting his tattoos removed — so if you've noticed his tattoos looking a little faded on SNL lately, that would explain it. According to a follow-up tweet, the comedian made the decision to get his tattoos removed because "it takes 3-4 hours in the makeup chair to cover them, so he figured 'it would be easier to get them burned off.'"

Davidson has a pretty extensive collection of tattoos — over 100, according to Body Art Guru — and many of his pieces are tributes to past relationships and people who have inspired him. What he does with his body is obviously a personal choice, but lots of fans who have grown to love Davidson for his tattoos had a lot of feelings about his decision online. "Learning that Pete Davidson is removing ALL his tattoos might give me the same feelings a divorce would give me," one user wrote. It gets a lot more dramatic from there.

Read ahead to see other peoples' thoughts on Davidson's alleged tattoo removal.