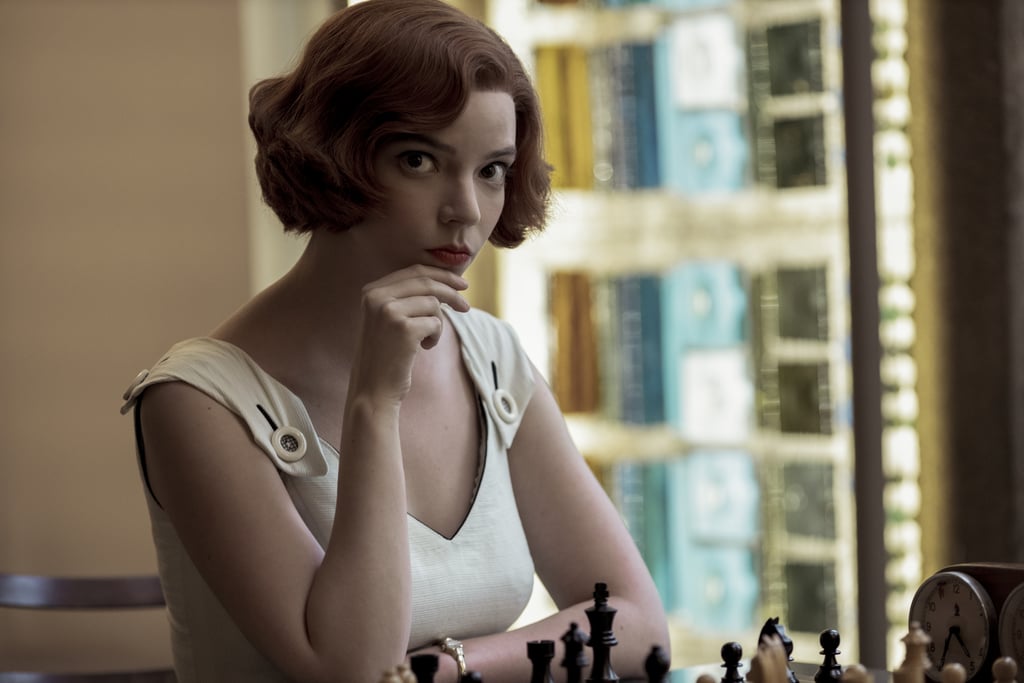 The Queen's Gambit Is a Nod to the '60s, From Short Bangs and Winged Liner to Lots of Glam

Netflix has a new original miniseries premiering on Oct. 23: The Queen's Gambit, starring Anya Taylor-Joy. The show follows the life of Beth Harmon, a young chess prodigy, and takes place during the Cold War era. Given the time period of the seven-episode series, you can expect the set design, costumes, and hair and makeup to transport you back to the 1940s through the 1960s.

Daniel Parker, the hair and makeup designer for The Queen's Gambit, took great pride in making Beth's character feel as real and authentic to the time as possible. "You're dealing with [the time] from the '40s all the way till the mid-late '60s, so it really is a period piece that spans several decades in its look," Parker told POPSUGAR. "There was a lot of research and a lot of hunting around to get the look."

Ahead, Parker talks about Beth's many wig changes, the one liberty he allowed himself with the makeup, and the Old Hollywood starlets that influenced her beauty looks most.

Family Life
Teens Can Probably Watch The Woman in the Window, but Be Aware of These 5 Things
by Amanda Prahl 20 hours ago

Netflix
Outer Banks Is Adding Some Fresh Faces For Season 2, and We Have the Full Breakdown
by Victoria Messina 21 hours ago

Ashley Graham
Ashley Graham's Body Hair Philosophy Is Pretty Simple: "Do What Works For You"
by Yerin Kim 22 hours ago

Netflix
Netflix Announces a Bridgerton Spinoff, and It's All About Queen Charlotte's Origin Story
by Kelsie Gibson 22 hours ago