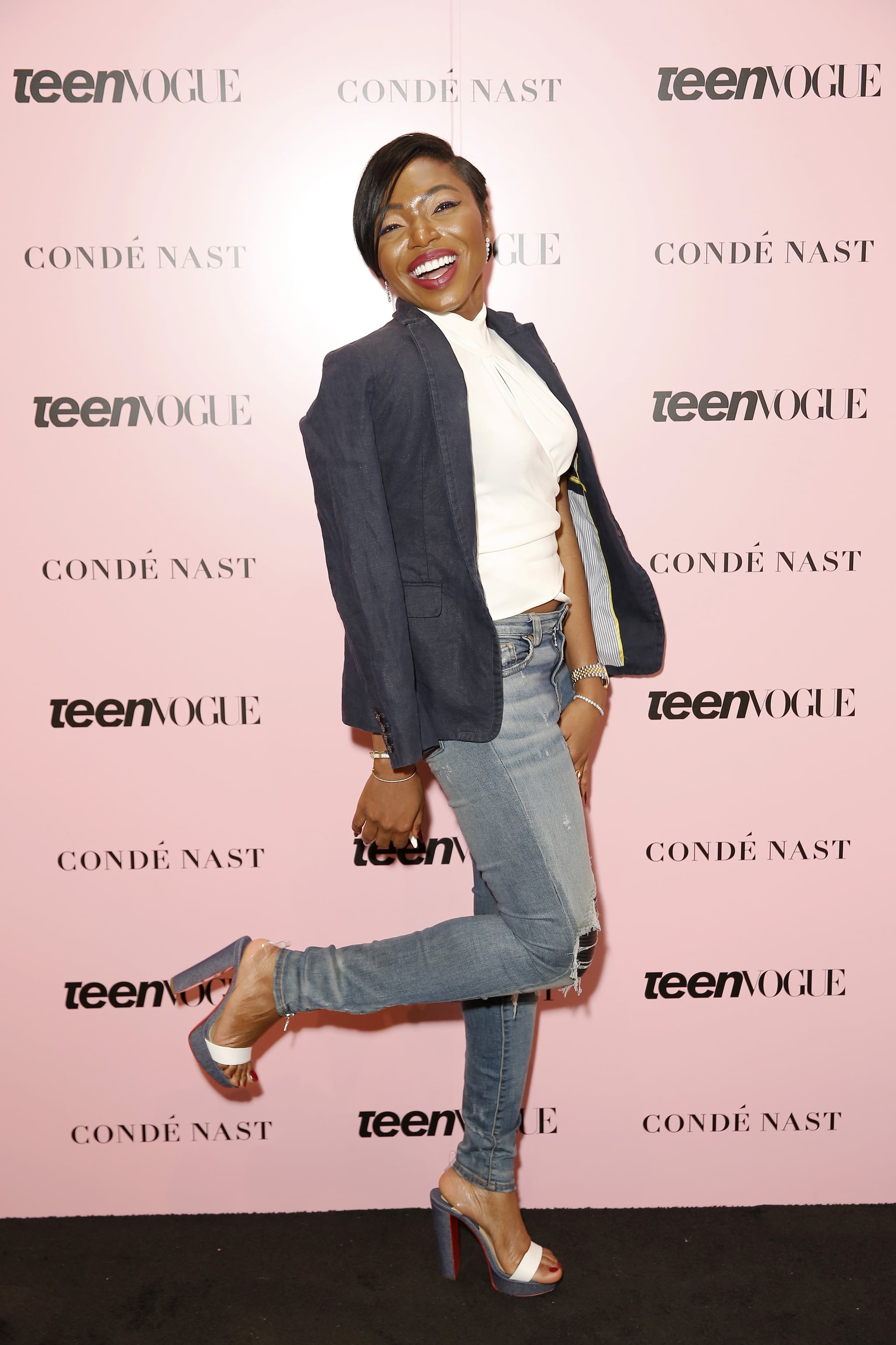 UPDATE: Remember back in June when dozens of companies began altering their missions and making promises to hire and promote more diverse talent? Lately we've been wondering how those same brands have been doing in terms of fulfilling those promises and making sure that their pledges to support the Black community in the wake of this summer's events haven't just been for show. Well — spoiler — many of them have gone back to business as usual a mere four months later said Sharon Chuter, founder and CEO of Uoma Beauty and creator of the Pull Up or Shut Up movement.

The beauty founder recently appeared on an episode of the Share of Voice podcast hosted by Karin Eldor, where she spoke more about her initiative and gave an update on whether or not most of the brands that were previously being called out were following through.

"They've all been listening and learning for the last [four] months and it's like, OK, so you're done with your listening and learning sessions? What have you learned?" Chuter said. She added that many companies and hiring managers have expressed that it's difficult for them to find Black talent. While Chuter didn't mention any companies specifically, a good example of this would be Wells Fargo, whose CEO came under fire over the summer for attributing the company's struggle with diversity to having a "limited pool of Black talent to recruit from." The issue with excuses like this, as she points out during the recording, is that these companies aren't doing the work to show potential employees that they'd be valued in their work environments.

She continued, "How many Black people have you promoted? How many of them have you put into programs to foster the leadership and positive talent?"

Chuter also mentioned that the issue with how stagnant brands have become with their missions lies in the fact that many of them are used to being able to throw money at their problems to get them to go away. As she pointed out, that's not quite how this works. "Companies are stuck right now because they can't just throw a check at this," she said. "Responsibility starts from the top. The bias and training start from the CEO."

Handling diversity (or lack thereof) in the workplace ultimately turned out to be more complex than some brands may have expected it to be, though it definitely isn't an issue anyone should have expected to be completely solved in a matter of months. "Companies just need to take their time. This is not a problem that's going to go away in a month or two," Chuter said. "This journey of being an ally or an advocate, you have to commit to it, which means it starts with education. You cannot fix what you don't know."

You can listen to the full episode of Share of Voice over on Apple Podcasts.

At the beginning of June, in response to an outpouring of beauty brands having voiced their support for the Black community following George Floyd's death, Uoma Beauty founder and CEO Sharon Chuter launched the Pull Up or Shut Up Challenge. Her goal was to challenge brands to publicly disclose the number of Black employees working in their offices and headquarters as a way to call attention to the fact that far too many of these companies have claimed to be allies, though their hiring practices don't always reflect that.

According to Chuter, not only do Black people make up only eight percent of corporate roles in America and three percent of management roles but only four Black people in the US are CEOs of Fortune 500 companies. Since the percentage of Black college graduates in America is 10 percent, she explained that all brands should strive to hit that number when hiring. Within a few days of announcing the initiative, dozens of brands "pulled up" and shared their numbers via Instagram; over 30 brands have hit the 10 percent benchmark so far while many others admitted they have work to do and made promises to increase Black representation at the corporate level.

While we do appreciate the transparency, it doesn't just stop at brands saying they'll do the work, which is why Chuter already has a plan for making sure these companies follow through on their efforts — the first point starts with us.

"There is a role that the consumers play in making sure that this doesn't just go away and end up being a two-week challenge," she told POPSUGAR. "It's an everyday challenge as far as opening your wallet and supporting the brands that are doing well and not supporting the brands that aren't doing well. Only through that are you going to mobilize them and encourage them to do better."

Chuter adds that continuing to shop at and support these brands even after they've revealed their shortcomings will only enable them even more. To help, she's working on a special software that will be available for consumers to download that shows all the brands that have pulled up so far. Upon visiting the websites of any of the brands that have taken part in the challenge, shoppers will receive a pop-up showing the respective company's stats, essentially serving as a gut check before they make a purchase. "It's a way to remind you of which brands are doing well, specifically when it comes to Black lives," she said.

"This is something that has to be sustained, and we're creating the infrastructure to make sure we sustain it and it just becomes part of everyday life."

Chuter is also trying to establish two set days out of the year in which brands will be able to follow-up and reveal whether or not they've made progress. She's hoping for one of the days to fall during Black History Month and the other to be set for later in the year. Additionally, she's working on a way for the Pull Up For Change organization to routinely work with these brands and connect them to potential candidates via a platform for Black job seekers. The platform will feature job listings and connect Black talent to Black leaders who will then be able to establish mentor-mentee relationships with each other.

"We're going to continue to create solutions in terms of teaching people how to write [cover letters], how to dress for success, how to dress for interviews, and tips and tricks that some people in the Black community don't have access to," she said.

Chuter continued, explaining that it's up to all of us to make sure the movement doesn't end up being a temporary focus. "There are so many things we're working on to make sure that this is not just a one-off conversation," she said. "This is something that has to be sustained, and we're creating the infrastructure to make sure we sustain it and it just becomes part of everyday life." 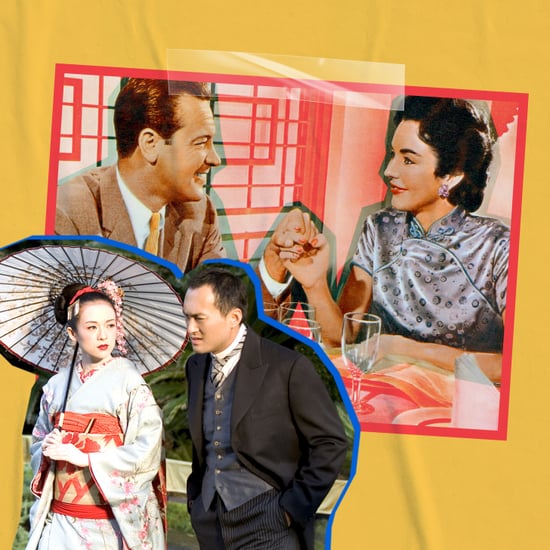 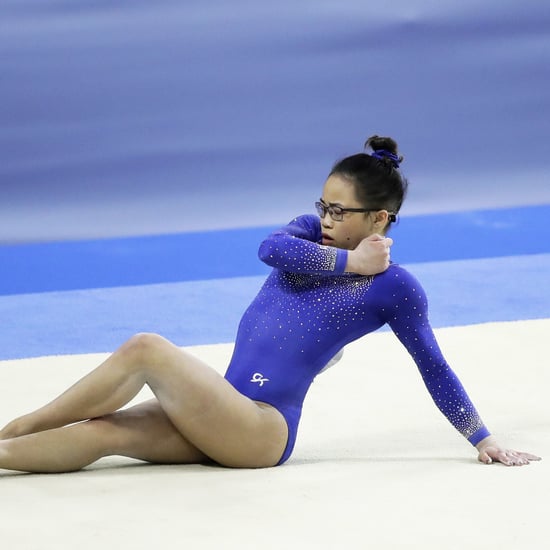 Relationships
Being Black and Polyamorous: Love as Liberation
by Safiya Osei 4 days ago