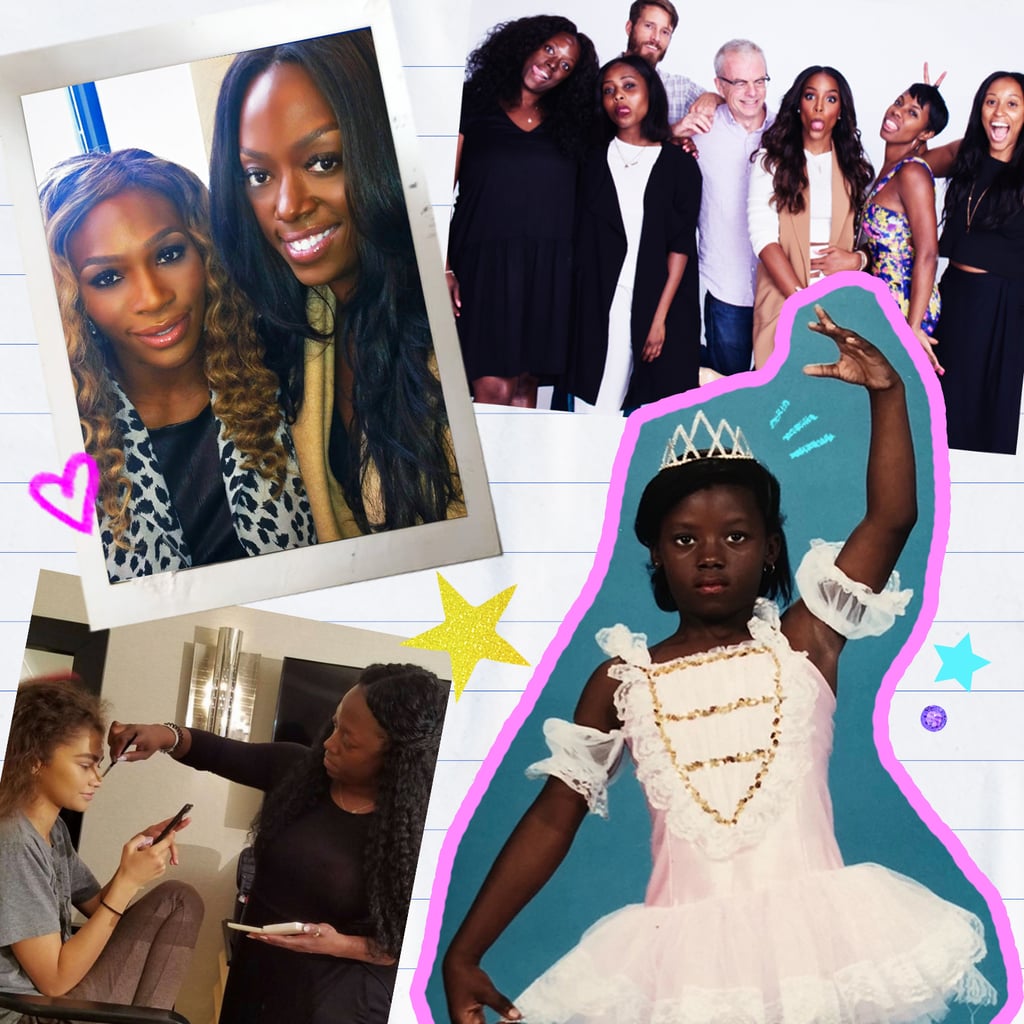 The Hustle That Made Sheika Daley: From Strip Club Makeup to Red Carpets Everywhere

Welcome to Big Break, where some of the most influential figures in the beauty industry reflect on the moments that made them — from the good to the bad, and everything in between. Here, veteran (and self-taught!) makeup artist Sheika Daley shares how she went from doing makeup at the top gentleman's club in Miami to being a makeup artist for some of the biggest names in Hollywood, including Zendaya and Beyoncé.

After slipping into the ballerina pink tutu, but before the curtain drew to a legion of parents, 7-year-old Sheika Daley would wait backstage for the finishing touch: red lipstick. Her mother, a painter, quickly became everyone's go-to for makeup at dance recitals. She could get 20 to 30 girls ready with a single Fashion Fair eyeshadow trio.

"I was fascinated with how she held the brush, how she painted on the colors," Daley said. "Somehow she would make us all look different, and I would just watch her as she worked. When she put on that red lipstick I was like, 'Wait a minute. This is a whole 'nother world for me.'"

That fascination lingered well into college, where she was studying mathematical science on a full-ride scholarship. Her life trajectory was in plain sight: professor, actuary, mathematician. Still, "as much as I was trying to excel in that world, my mind was still on makeup," she said. "In my first year of school, I spent most of my time in my dorm room getting people ready for pageants. It was my thing. I realized then that I already knew what I really wanted to do with my life, and that wasn't it."

"While they were selling panties, I was reading up on color correction and skin tones and product formulations."

By the end of freshman year, Daley was headed back home to Florida to launch a job hunt that would get her foot in the door. Soon, she got a gig at Victoria's Secret — "that was the only company I knew that had makeup and skin care" — and ended up working as the head of the beauty counter. Without formal cosmetics training, she began to teach herself everything there is to know about makeup. "I was a student again, reading everything I could get my hands on. While they were selling panties, I was reading up on color correction and skin tones and product formulations."

Around that same time, MAC Cosmetics was just emerging onto the beauty scene as this "hip, new, fun, energetic makeup line that was all inclusive for everyone," she said. "As a woman of color, that was huge, because back then there weren't a lot of makeup lines that had a full range of color for everyone."

Needless to say: Daley wanted in on the magic — and after two years of frequenting the store every single month and asking the store manager for a chance, she finally landed the job.

Learning the Tricks of the (Makeup) Trade

Once there, she was like a beauty sponge, soaking up as much information about the world of pro makeup as she could. Over the next few years, "MAC taught me how to build my portfolio, that I needed to build relationships with photographers, that I needed to find an agency," she said. "I realized, This is just the beginning; the first step. There was so much left to do, and I was getting older."

Beyond that, working 20 hours a week at a beauty counter also wasn't bringing in much money, and Daley knew she needed to branch out in order to turn this profession into a career. Then, in walked her opportunity: a freelance makeup artist who rotated nights doing the glam for girls at a local strip club called Tootsie's in Miami.

"One day she told me how much money she made in one night, and I said, 'You need to sign me up. Immediately.'"

And sign up, Daley did. Two months later, she secured a position working anywhere from two to seven nights a week at the gentleman's club. "The girls ended up loving me," she recalled, adding that this was where she really got to play. "That ended up being where my creativity just exploded, because I had the freedom to literally do whatever I wanted."

You could also say it was the first time she got to put her makeup mastery to work on the big stage.

HBO
Which Euphoria Character Speaks to Your Style? The Answer Might Be Complicated
by Shelcy Joseph 4 days ago