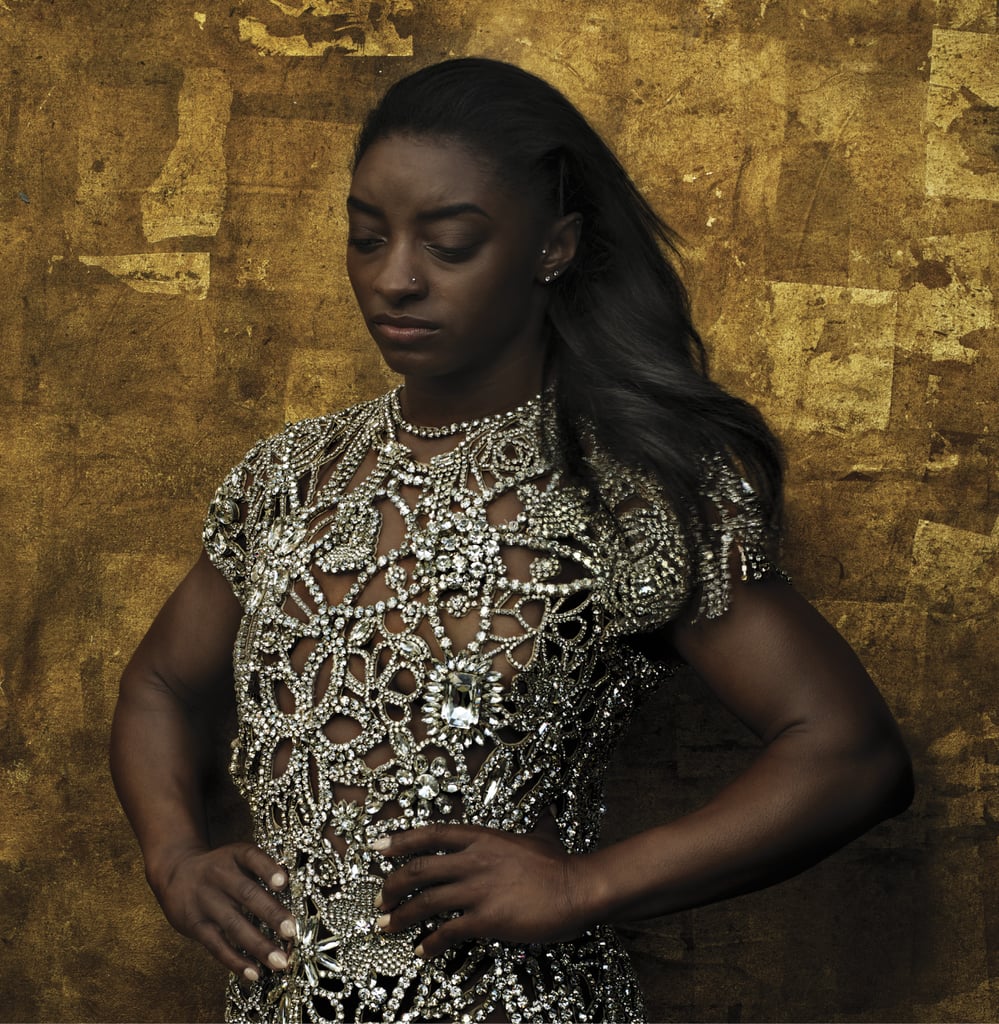 Simone Biles can now add Vogue cover star to her very long list of achievements. The Olympic gold medalist, who is currently preparing for the Tokyo Olympics in July 2021, took time from her busy schedule to appear on the August cover, and the images are both stunning and powerful.

In the cover story for Vogue, Biles talks all things gymnastics (including her Olympic wins at Rio 2016), racial injustice in the country, and what it means to her to be a Black gymnast. "Growing up, I didn't see very many Black gymnasts," she told Vogue. "So whenever I did, I felt really inspired to go out there and want to be as good as them."

Biles also addressed the criticism that she's gotten in the past over her hair — which is free and down, blowing in the breeze on the cover. Back in 2017, Biles received a series of comments and complaints about her hair from people on Twitter after posting a photo of it down as she cheered with the Houston Texans Cheerleaders. She met the critiques with a perfectly worded clapback, but it was not the first time, nor would it be the last, unfortunately, that Biles would feel the need to justify her hair or her appearance in general.

"They focused on my hair," Biles said in the interview when asked about the rude comments she received when she began competing. "But God made me this way, and I feel like if I didn't have these legs or these calves, I wouldn't be able to tumble as high as I can and have all of these moves named after me."

While Biles continues to champion acceptance and refuses to change her appearance based on others' opinions, we hope it will inspire other women and girls who look up to her to embrace their natural beauty, too.