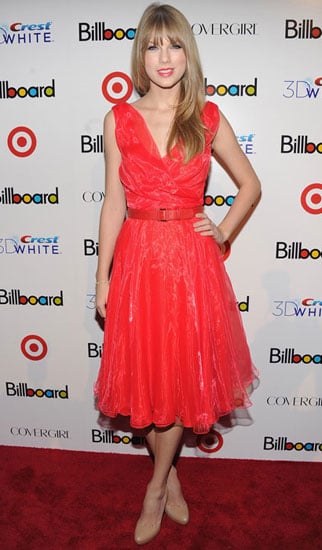 Taylor Swift had another banner year in her professional career. She ventured outside the world of music for some new gigs, including the launch of her first fragrance, Wonderstruck. Award season was sweet to Taylor, who added additional Grammy, AMA, CMA, and TCA wins to her long list of accolades. Her status as a fashion icon was also recognized in February when she landed the cover of Vogue. In the Spring, Taylor teamed up with Zac Efron in The Lorax for her first starring role and also lent her voice to The Hunger Games soundtrack. Her personal life was out of the spotlight, but former flame John Mayer spoke out about how hurt he was when Taylor wrote a song about him.