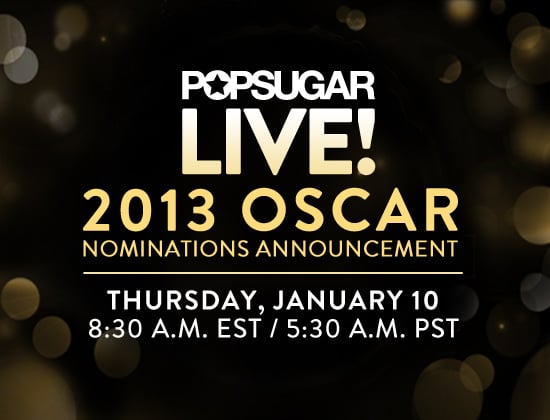 The 2013 Oscar nominations will be announced bright and early Thursday morning! We'll be in Hollywood broadcasting LIVE as the lucky names are read to find out just who earned the coveted nods. Experience the anticipation just like Hollywood does by tuning in to watch our broadcast of the 2013 Oscar nominations LIVE right here on POPSUGAR.com, Thursday at 8:30 a.m. EST/5:30 a.m. PST, and if that's too early, don't worry — we'll be replaying it throughout the morning!