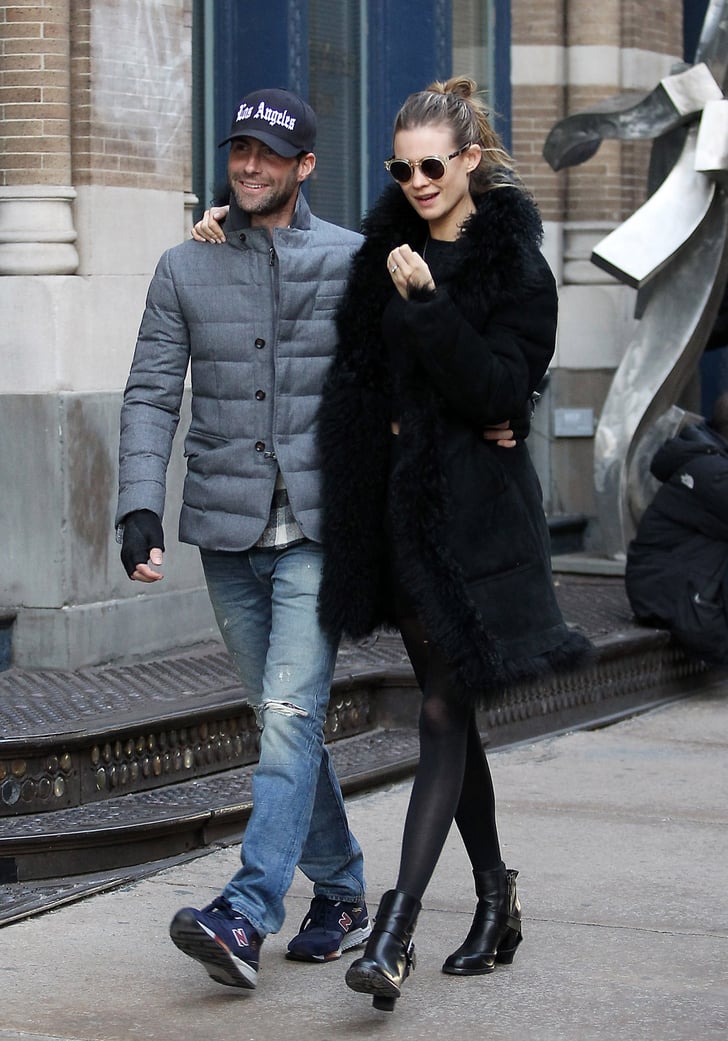 Adam Levine and his fiancée, Victoria's Secret model Behati Prinsloo, wrapped their arms around each other for a stroll in NYC yesterday. It's been a big week for the couple, since Behati hit the runway for the annual Victoria's Secret Fashion Show on Wednesday while Adam was in the audience to cheer her on. He's had a front-row seat to the action before, since he was there to support then-girlfriend Anne Vyalitsyna in 2011, when he and his band, Maroon 5, performed during the show. This year's lingerie extravaganza will air on CBS on Dec. 10, but you can take a look at all the sexiest moments from the 2013 Victoria's Secret Fashion Show right here!

There may be even more sexiness to come — this time from Adam — if rumors are true that he's the winner of this year's People's Sexiest Man Alive title. When asked about the news on the Today show this morning, Adam said it's "an interesting idea" and told Savannah Guthrie that he's "just as excited to see who they choose." Watch the clip below, and tell us if you think Adam would be a good winner in the comments:

Ciara
Russell Wilson Pens a Heartfelt Birthday Tribute to Ciara: "You Have Changed My Life"
by Brea Cubit 19 hours ago