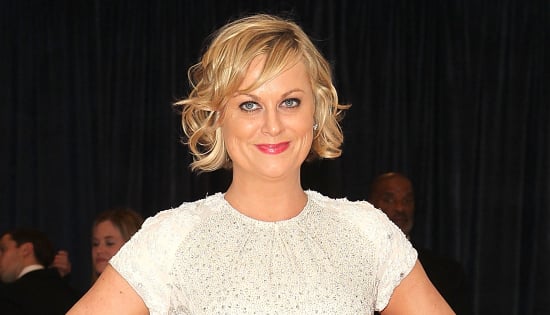 Amy Poehler has a new funny man in her life — comedian Nick Kroll. Us Weekly reports that Amy and Nick are dating, her first serious romance since she split from Will Arnett back in September. The pair were friends before she split with Will — Nick has been a longtime frequenter of Amy's Upright Citizens Brigade theater and he has guest starred on Parks and Recreation as shock jock "The Douche," who frequently hits on Amy's character Leslie Knope and Rashida Jones. Amy has also guest starred on Nick's show The Kroll Show. The pair haven't made any public confirmation of their new relationship, but before news of the romance hit, they were spotted on a date together in Santa Monica back in early April.

Rosalía
It's Official! Rosalía and Rauw Alejandro Confirm Their Romance on Instagram
by Njera Perkins 8 hours ago

Celebrity Couples
Finally! Jacob Elordi and Kaia Gerber Brought Their Love to the Red Carpet For the First Time
by Victoria Messina 12 hours ago