Amy Poehler's husband made us laugh earlier this week, but today it was her turn to show off her new TV show. Once called the The Office spinoff, it's now going to be focused on the minutia of local politics — check out lots of details about the show on Buzz. Aziz Ansari, Rashida Jones, and Amy Poehler kept the crowd laughing, which makes me very excited for the show which will premiere April 9, presumably with a title of some kind. Here were some highlights from Amy's hilarious quotes: 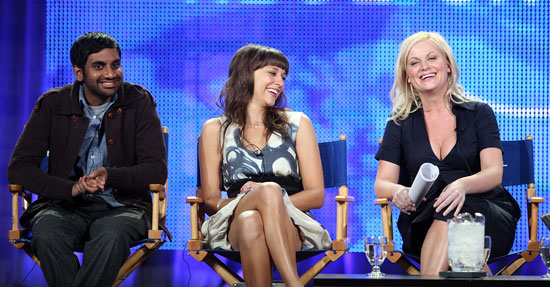 Love it already, maybe her friend Tina Fey will have a little competition next award season.