Angelina and Brad just can't escape the rumors, but it's been a while since there's been talk of a new flame supposedly getting in the way of their relationship -- until today. According to Us, Angelina was getting pretty close to her former boyfriend Olivier Martinez at the after party for her documentary premiere. While Brad was at home "babysitting" Angie was out shaking her tailfeather with Martinez. In fact, "She turned to [Olivier] on the banquette and was shaking it in front of him. She was giving him a lap dance. She was looking over her shoulder, tossing a glance his way.” So, tossing a glance over your shoulder is now a lap dance? Plus, the whole family just arrived in Prague for Angie to shoot her new movie. Hmm, funny story, but methinks Brad shouldn't be too worried about this one just yet. 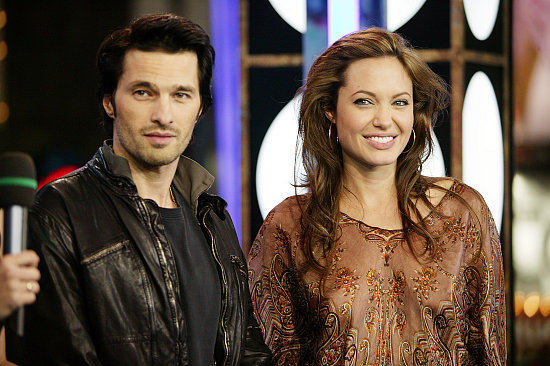