Angelina Jolie keeps making the interview rounds to chat up her recently released animated movie — the Kung Fu Panda 2 reviews were good, but that didn't stop The Hangover Part II from claiming the top spot at the weekend box office. The actress recently spoke to the UK paper The Telegraph about the film as well as her family, thoughts on partner Brad Pitt, and how she came to direct her first film In the Land of Blood and Honey. Angelina also revealed that she loves to ride motorcycles like Brad, who she says is a real man. Angelina Jolie said of Brad Pitt and more: 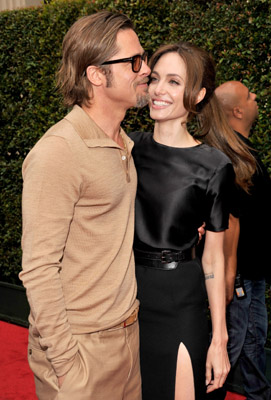