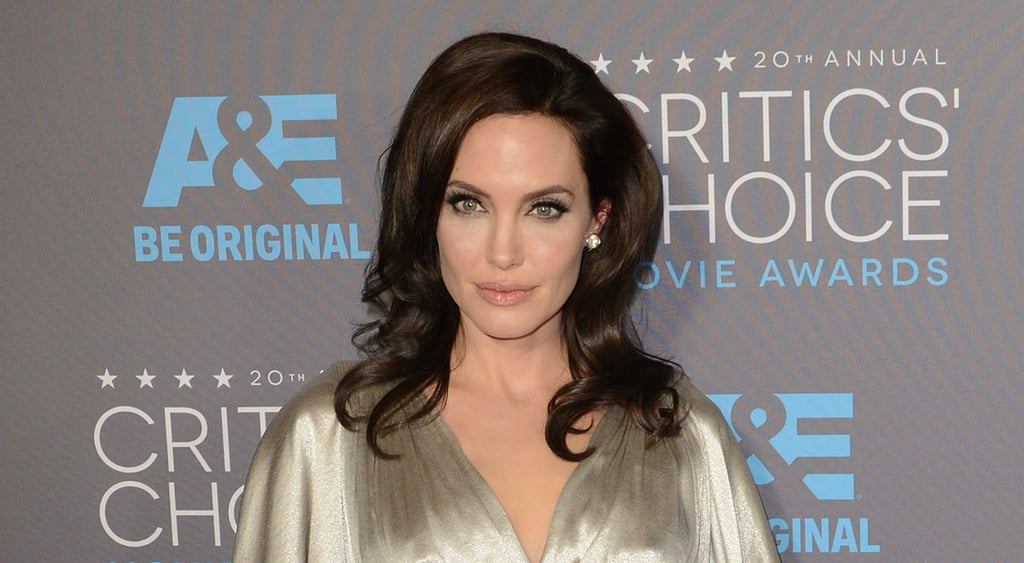 Following an exciting weekend for Angelina Jolie, the actress opened up to Elle about her latest directorial effort with Unbroken. In honor of the DVD release of the film, the mother and humanitarian shared what she learned from Louis Zamperini's life and her artistic need to direct rather than act in movies. Angelina also shared some words of wisdom during the interview, saying, "I do believe in the old saying, 'What does not kill you makes you stronger.' Our experiences, good and bad, make us who we are."

This isn't the first time Angelina has left a mark with her powerful words. She recently wrote a moving op-ed in The New York Times about her decision to remove her ovaries and fallopian tubes in order to prevent ovarian cancer, and over the weekend, she gave a short but compelling speech at the Kids' Choice Awards, saying, "Different is good." Keep reading to see what Angelina thought about her second time behind the camera and then see her, Shiloh, and Zahara have the time of their lives at the Kids' Choice Awards.

Hulu
The Great: Sebastian de Souza on How Leo and Catherine "Turned the Male Gaze on Its Head"
by Brea Cubit 5 days ago