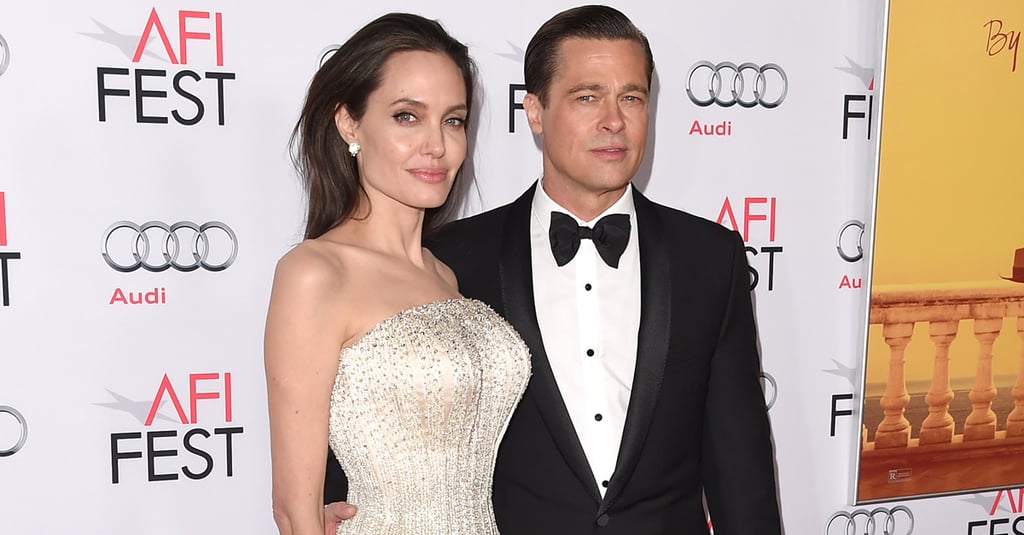 Angelina Jolie and Brad Pitt have been on a whirlwind press tour in the run-up to the limited release of their film By the Sea on Friday. They've been candid about everything from how their relationship got stronger in the wake of Angelina's health issues to how they approached working together on the movie, and now Angelina's opening up even more. In an interview with Entertainment Weekly, Angelina revealed what it's like shooting a love scene with a person you actually have sex with:

"It's the strangest thing in the world to be lying naked in a bathtub with an iPad that's showing you the shot outside, while your husband is at the door and you're directing him to come in and make love to you. In front of a bunch of other men with cameras. I couldn't get out of the bathtub to get to the monitor because the director is naked. We're artists and want to be free, but Brad — it's his wife. He was on towel duty. He'd hold the towel over me.

Love scenes are strange anyway, but when you're doing a love scene with a person that you really have sex with? The only way to get through it was for us to all talk about the absurdity of it and make sure no one was feeling awkward . . . I've done sex scenes. But this is obviously different. I almost wish every woman could have this experience."

Angelina Jolie
Angelina Jolie May Be Known For Acting, but She's Given Us a Few Useful Beauty Tips, Too
by Danielle Jackson 1 day ago