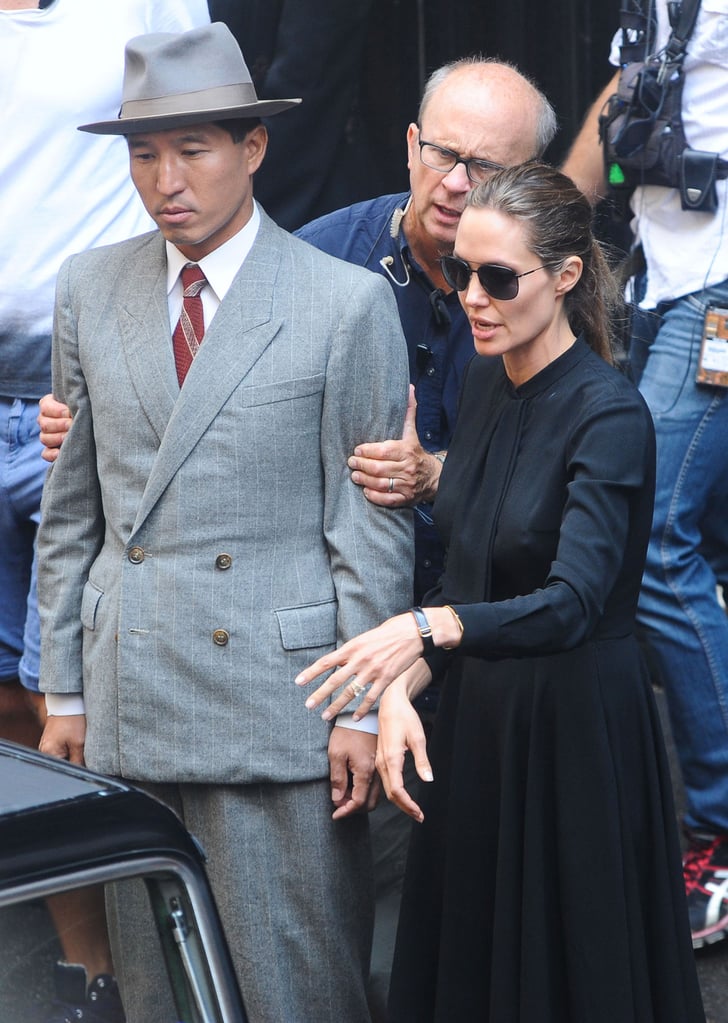 Angelina Jolie returned to the daily grind in Sydney on Thursday when she shot a scene for her upcoming directorial project, Unbroken, in the Australian city. She has been spending the past few months Down Under while working on her new film, although she took a short trip to LA over the weekend to accept the Jean Hersholt Humanitarian Award at the Academy of Motion Picture Arts and Sciences' fifth annual Governors Awards last Saturday. Angie had special support at the Governors Awards as she was joined on the red carpet by Brad Pitt, who has been away filming Fury in England over the past few weeks, and her eldest son, Maddox.

While Angie was dressed in her trademark all-black outfit during her time on set, one of her shiny accessories popped up back on her left hand — her engagement ring from Brad. During her most recent public appearances, Angie had opted to switch the ring for a simple band, but it looks as if the massive bling is back. She also wore the ring when she attended the Governors Awards last Saturday.

Image Source: FameFlynet
Angelina JolieStars On The Set
Around The Web