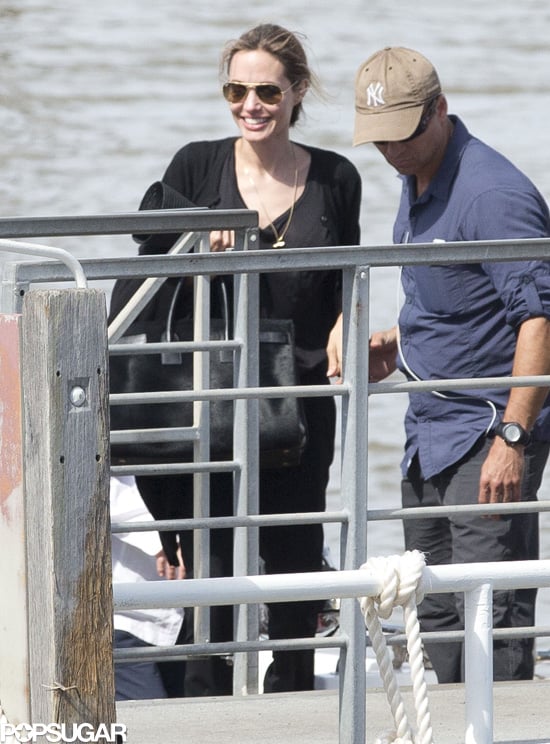 Angelina Jolie was hard at work on her upcoming film, Unbroken, in Australia on Wednesday. The actress-turned-director scouted locations for her new project with a group of colleagues. Earlier this month, Angie released the first photo from Unbroken, although it didn't show any of the movie's actors or scenes from the flick. Instead, the sneak peek featured a beautiful shot of Angelina resting her head on the shoulder of Louis "Louie" Zamperini, the real-life World War II hero whom the film is based on. 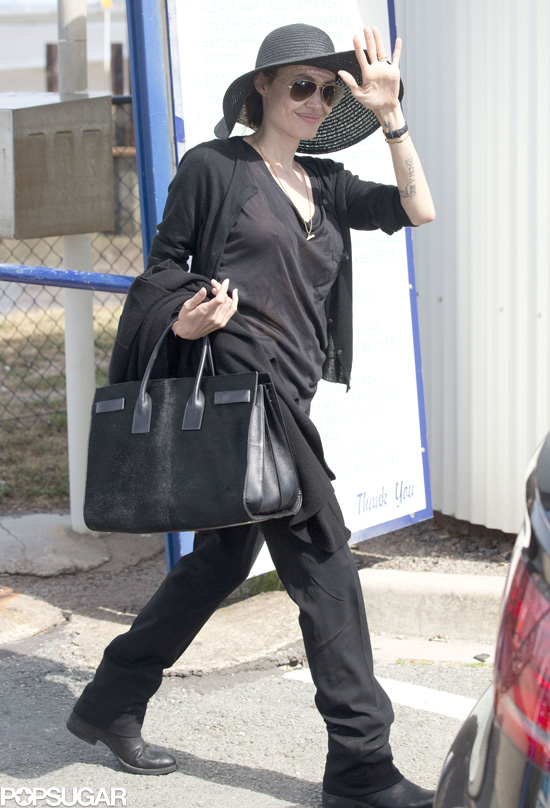 Angelina has been spending the past month and a half down under while she works on the film. She brought her entire brood to Australia, although some kids have been making trips to the UK to hang out with Brad Pitt, who is filming Fury in England. While we haven't seen Angie or Brad together in months, new rumors sparked up that the two got secretly married after Angie started wearing what looks like a wedding band. Angelina was still wearing that ring when she stepped out this week. 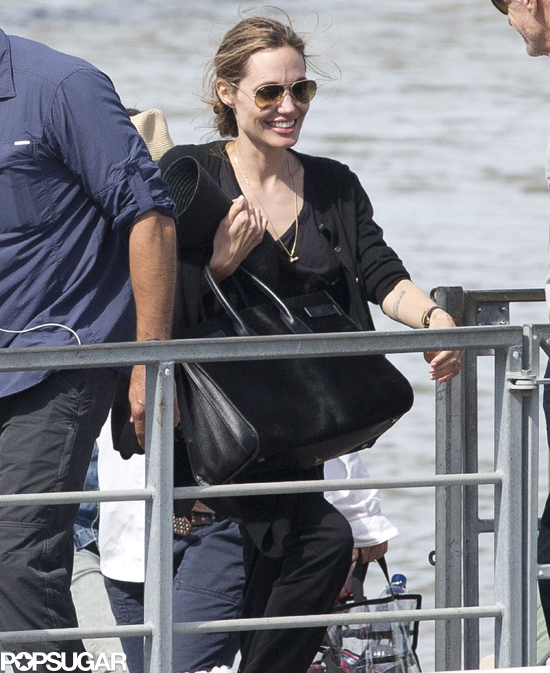