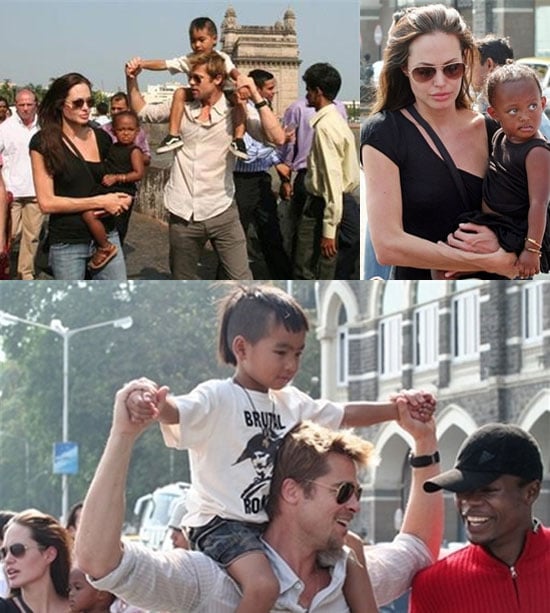 Angelina In and Out of Character

The Jolie-Pitts had a lovely time in Mumbai over the weekend. While we wish we would see more of Shiloh with the gang, it is pretty incredible to see the family enjoying some quality time in between work days. Angelina has been hard at work on A Mighty Heart, and it turns out she became very good friends with Mariane, the woman she is portraying in the film. Life & Style reports: 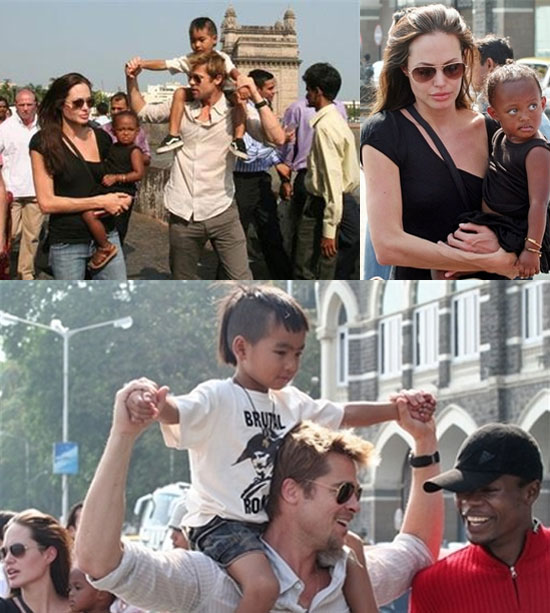 “It's a special friendship that comes with a lot of perks,” an insider exclusively tells Life & Style. “Mariane has traveled frequently on Brad Pitt’s plane, and she and Angelina talk about everything together, not just the movie.” Brad brought the two women together early last year in LA when he was promoting Mr. & Mrs. Smith with Angie, in part to familiarize Angie with Mariane’s accent, which Angie had to learn for the movie.

“Brad felt if he was going to make this movie, it was really important that Angelina and Mariane became friends and started to understand each other,” says the insider. “Brad says he feels really lucky that they hit it off because the movie just couldn't have happened if they hadn’t, especially since Jen [Aniston] had already met with Mariane several times as they were developing the project and had an eye on playing the role herself. Brad says he’s overjoyed that everyone has hit it off so well, and he says Maddox has a friend for life in Mariane’s young son, Adam.”

And it seems Brad and Angelina have a friend for life in Mariane. “Even though it took Danny Pearl’s death to bring everyone together like this,” says the insider, “Brad, Angelina and Mariane are all determined to keep this friendship healthy and really make a difference in the world while they’re at it.”

We know this role is important to both Brad and Angelina. However, it looks like Angie can remember that once she is out of character she is just a regular mom to Zahara and Maddox while they take in some sight-seeing. More fabulous pics of the Jolie-Pitts playing family so read more

Ciara
Ciara and Russell Wilson Set Up a Fun Backyard Pumpkin Patch For Their Kids — See the Snaps!
by Brea Cubit 4 days ago

by Kara Kia 7 minutes ago