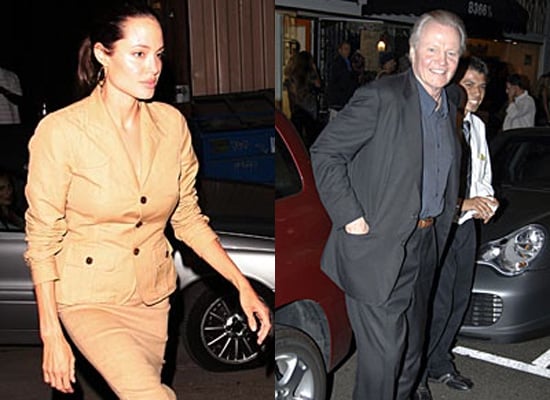 Angelina almost had a very awkward run-in with her dad the other night when she went to a birthday party with Brad. Angelina found out her dad was at the party and refused to get out of the car until he left. Brad went in first to hang out with his buddies Matt and George, while Angelina waited in the car and later snuck in the back door. Guess she's still upset her dad spoke about her to the press. Here's more: 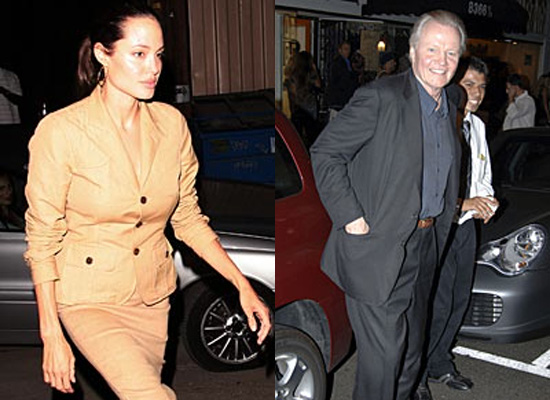 Ange and her pa haven't spoken for four years - ever since she took umbrage to him talking about her in the press. Jon has tried on occasions to rekindle their relationship but Angelina is adamant she doesn't want him to be part of her life.

She has previously said: "I don't hate my father. I don't blame him for divorcing my mother or having affairs. I just don't want to dedicate one more tear... or have to watch my mother cry one more time."

He also said something to do with Angelina having mental heath problems. That would piss me off too. Lots more pics from the A-list party that included George, Matt and Bruce. Kimberly Stewart was even at the party. Anyone else wondering how she scored an invite? Just read more

Angelina Jolie
What's Going On With The Weeknd and Angelina Jolie? An Investigation
by Monica Sisavat 4 weeks ago