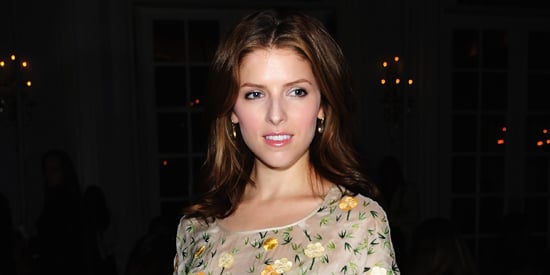 We scoured Twitter for the most hilarious tweets of the week, and what we found was a little bit disturbing. Anna Kendrick admitted the most bizarre celebrity crush we've heard in a while, while comedian Whitney Cummings will do anything to avoid actively driving while she's behind the wheel. Also, Olivia Wilde forced us to picture a world where Claire Danes's character on Homeland isn't a hot mess.

Check out all that and more in our favorite funny tweets from the week!

I wish I were a gay man so I could date Tim Gunn.

Those poor souls. Never got to experience the refreshing taste of artificial sugar.

Whenever I get depressed it helps to remember I am better off than the billions of dead people who never got to drink Dr. Pepper.

I mean, would you eat it if it was called "Somewhere-in-the-middle Ramen"?

Is "Top Ramen" really the 'top' ramen? They all taste the same really.

Eating and driving is way more dangerous, trust me.

Check out the rest of the funniest tweets when you read on!


Does anyone want to head over and check up on Chrissy Teigen? Anyone?

I just tried to take a picture of a smell I think I'm dying ?

It must have been an equal triumph when someone came up with "Dirt Devil."

C'mon, Olivia, it's way more fun to watch her have constant meltdowns!

Homeland writers, how about we just have Carrie take her meds, take over the CIA, annihilate Dana, and solve puzzles all day?

Something tells me suspecting everyone is the opposite of helpful.

If there's a murder on my block the police should come talk to me because I've already suspected everyone.

It would probably be the best thing the government ever did, in our opinion.

The shutdown is over. Now it's time for the government's grand reopening! I hope they have one of those inflatable dancing wind puppets.

Bonus points if you binge watch a season in less than a week.

You never feel closer to your spouse than when you're binge watching a tv show together.

Botox doesn't make you look young, it makes you look like you think you're old.

That sounds nothing like any other Wes Anderson film I've ever seen!