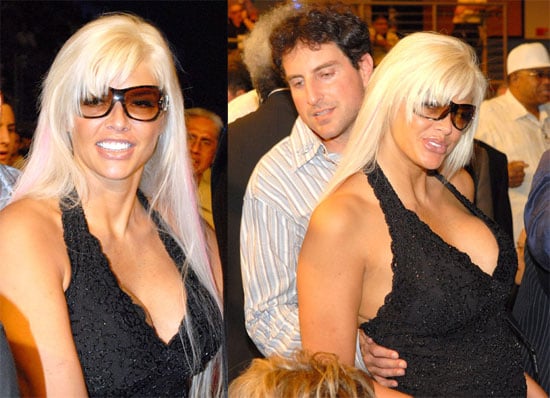 Anna Nicole Looking for Another Dummy

Anna Nicole and attorney/possible husband and baby-daddy Howard Stern attended the James Toney vs. Sam Peter fight at the Seminole Hard Rock in Florida over the weekend. She may be back from the Bahamas but that doesn't mean that trouble is over for the former Guess model. A judge recently ordered her to submit her daughter to a paternity test, and the word is, she's looking for a way to hide the millions she thinks is coming to her from her late husband. Here's more: 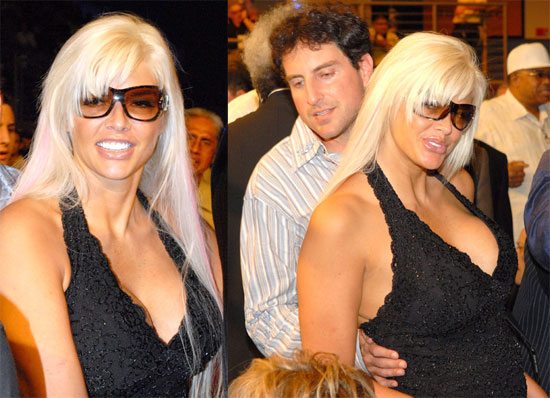 “Now that a judge has ordered a paternity suit so that Larry Birkhead can determine if he is, indeed the father, Anna’s scared,” says a source. “Anna’s no legal eagle, but the idea of a dummy or shell corporation is something she learned in her fight over [her late husband] J. Howard Marshall’s estate. And, of course her lawyer [Howard K. Stern, the man Smith says is the baby’s father] explained it to her.”

The insider says that Smith is “still waiting for that money from Marshall’s estate to come through, and she shouldn’t hold her breath.”

Even though her biggest nemesis, Marshall’s son, has died, the estate is prepared to fight it, says the source, adding, “She’s looking to protect assets that she doesn’t really have and from what I hear, isn’t likely to get.”

Anna obviously feels otherwise. Only time will tell whether she gets that money or not. In the meantime, hopefully she's keeping her daughter's best interests in mind. For more pics of Nicole, Howard and Hulk Hogan just read more