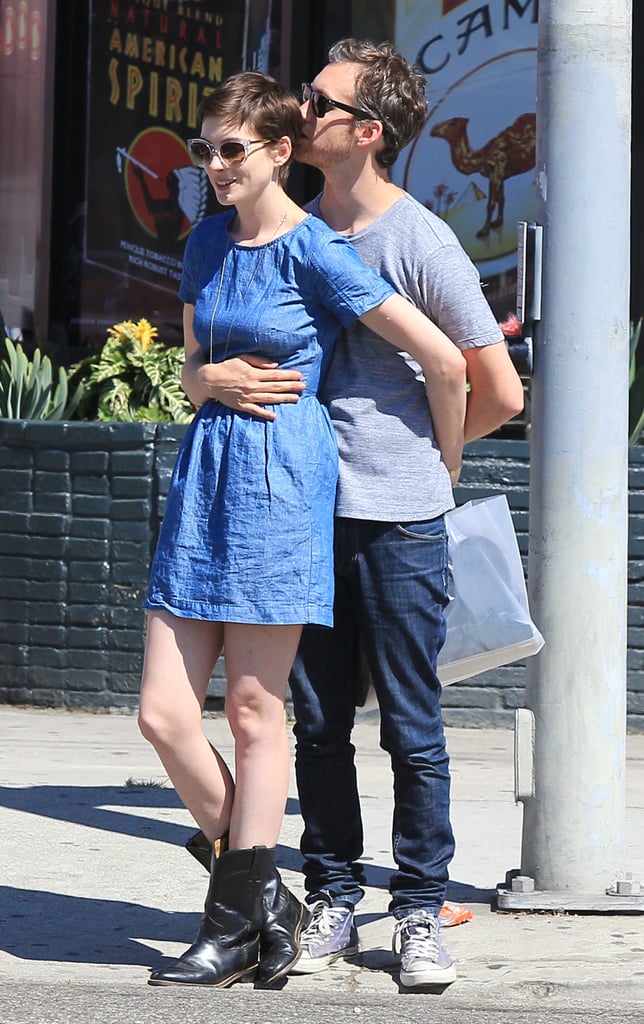 Anne Hathaway and her fiancé, Adam Shulman, didn't hide their PDA after grabbing lunch at Real Food Daily in LA yesterday. Adam and Anne went west to California after a stay in NYC. Anne and Adam Shulman spent the weekend near their Brooklyn home, and even took their pup, Esmeralda, for a walk in Brooklyn Bridge Park.

Earlier this Summer, Anne was needed on the set of Les Misérables. Production on that film has wrapped, but its director, Tom Hooper, has praise for Anne's performance as Fantine. In a recent interview, he said Anne's work was "quite breathtaking . . . she went to this incredibly raw and intense place to play this role. She offered to cut her hair because that's what happens to the character, and she was truly committed to going on this journey and did the most immaculate amount of research. I don't think I've worked with a better-prepared actor in terms of the amount of the months and months of work that she put in to build up to this moment." Les Misérables, which also stars Hugh Jackman, Sacha Baron Cohen, Amanda Seyfried, and Russell Crowe, hits theaters in the US later this year on Dec. 14. 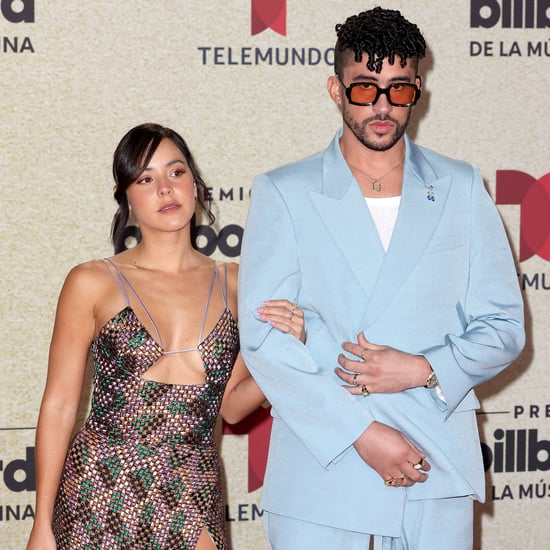