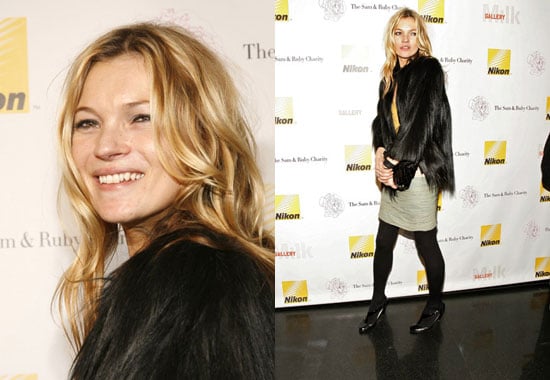 Kate Moss hosted a charity auction event to benefit the Sam & Ruby Charity on Friday night in New York. Her wardrobe choice included a fur jacket which has further infuriated anti-fur organizations who are already upset with Kate for continuing to be the face of Burberry, which has refused to abandon fur in its collections. Here's more: 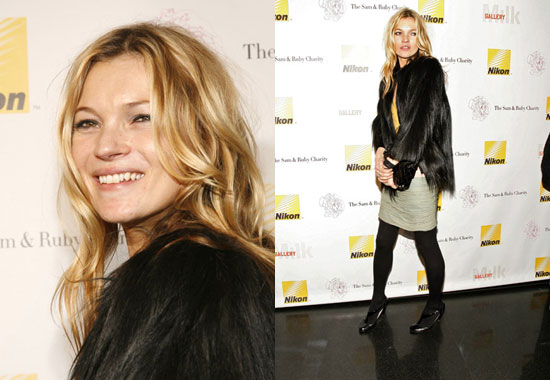 The World Society for the Protection of Animals has written her a letter, pleading with her to boycott fur. Their call has been echoed by both the RSPCA and the Coalition to Abolish the Fur Trade.

In particular, she has drawn criticism in her role as the face of Burberry, which has refused to abandon fur in its collections.

People for the Ethical Treatment of Animals, or PETA, has launched an internet site, BloodyBurberry.com, featuring dead animals superimposed on images of models.

The model is also accused of hypocrisy for staying with Burberry while signing a £50million contract with anti-fur company Topshop. 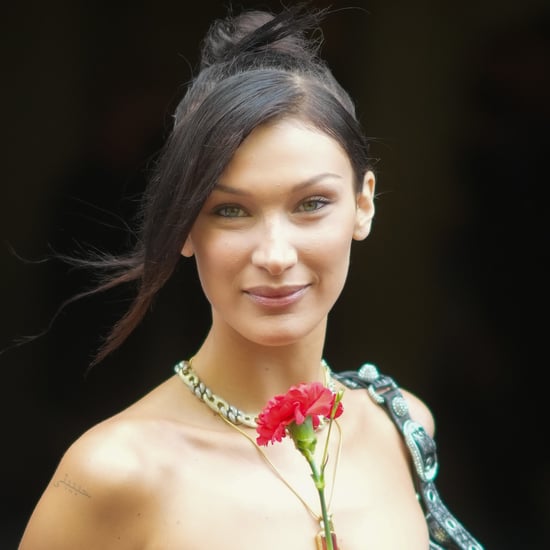