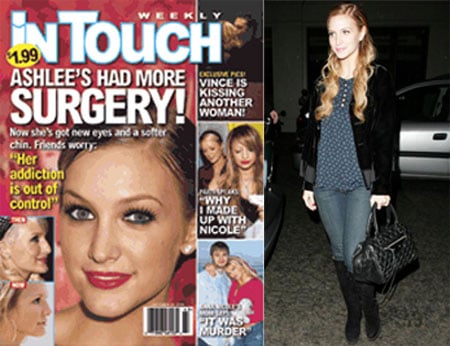 Is Ashlee Addicted to Plastic Surgery?

Ashlee has spoken out about plastic surgery but clearly she has had a change of heart. At one point she said she thought we should be thankful for what we were given and now she just says we should think real hard about it. Clearly it worked out for her but sometimes the results are not always good. In a recent interview,Ashlee said, "If people want to get surgery, it's a personal thing. But it's not something anyone should rush into. Once it's done, it's done." Now In Touch is reporting she is doing her eyes and chin. Has this Simpson sister become addicted to going under the knife? 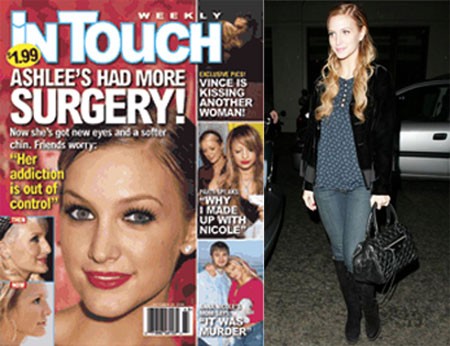 Lots more pics of Ashlee in London so read more