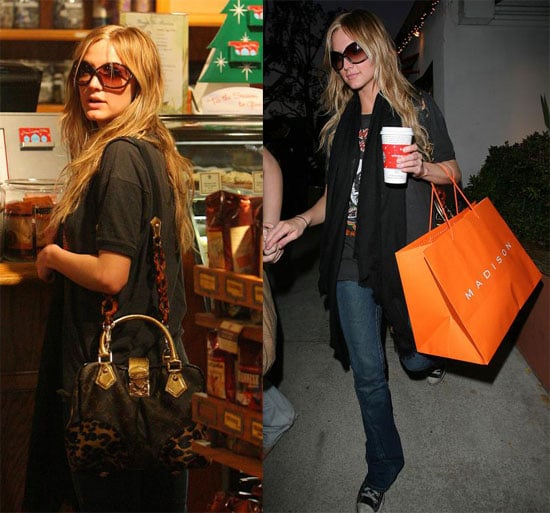 Ashlee is taking after her sister by wearing the latest and greatest trends of the season. Most recently she is sporting the hot Tom Ford sunglasses with her brand new LV bag. I love Louis but this bag has a bit too much going on for me. Ashlee is pairing a black T with wearing Chuck Taylors as if she is heading back to her punker days. Could it be because she wants to work with The Cure's lead singer, Robert Smith? Here's more: 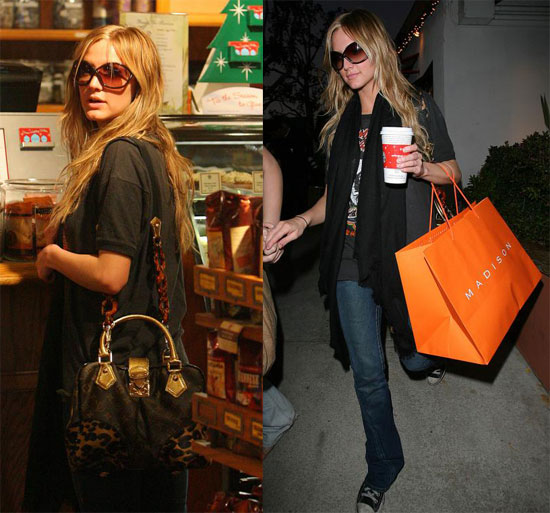 Simpson, who plays ROXIE HART in the West End show, was thrilled when her idol came to watch her in the musical and admits she can envisage them making beautiful music together. She says, "Robert Smith from the Cure came to my last show in London, and I don't know if I was more excited about him or that it was the last show! "To work with Robert Smith would be an honour."

Well it's good to know that Ashlee hasn't completely lost her edge. For more pics of an almost edgy Ashlee just read more