Ashley Greene left a fitting in LA on Thursday toting a Dolce & Gabbana garment bag. The Eclipse actress, who's nominated in the category of Best Scene Stealer at the upcoming Teen Choice Awards, hopped in her sports car after picking up her new clothes. She's kept busy since the big premiere of her third Twilight movie by hitting the gym and even hunting for a new apartment. California is where Ashley currently calls home, but she'll soon be spending lots of time in Michigan to film LOL opposite Demi Moore and Miley Cyrus. 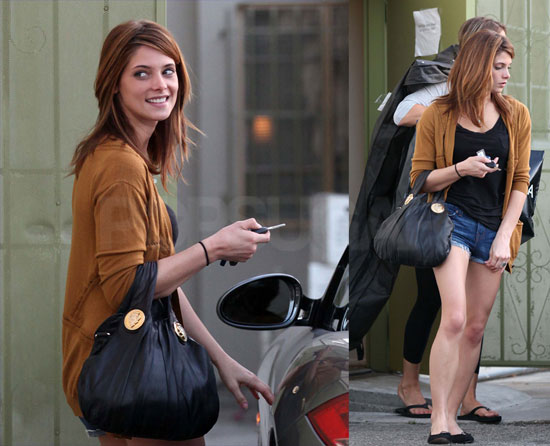