Bar Refaeli had an entourage of admirers last night as she hit the dance floor at the Replay party she attended after going to the opening of Roberto Cavalli's new store. She's on the market again after parting ways from Leonardo DiCaprio recently, and he's been spotted enjoying the single life too. Leo was seen with another beautiful blonde, Blake Lively, while spending an afternoon on board Steven Spielberg's yacht. Bar is putting herself out there in sexy minidresses, gowns, and bikinis, seeming to enjoy making the film festival rounds with girlfriends like Irina Shayk and Naomi Campbell. We've seen Leo and Bar reunite after a past breakup, but this split could be the real deal. So, tell us — are you happy to see Leo and Bar moving on? 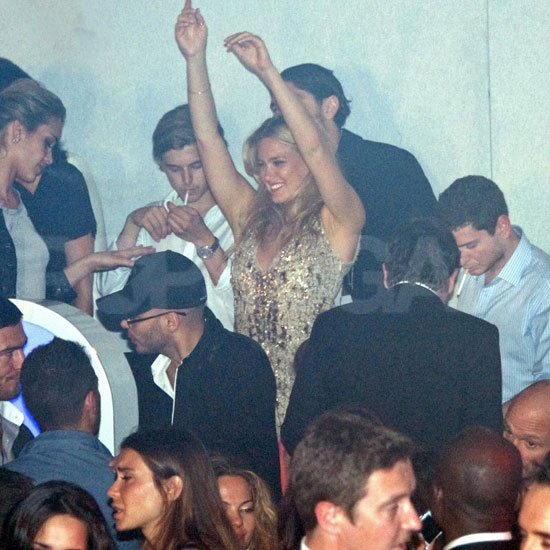