David and Victoria have landed in Nice for a little vacation time. The couple can probably use it too since David's been busy with soccer practice, while Posh was hitting the fashion show circuit. Hopefully they'll get some much-needed rest and get back to setting up shop in the states ASAP. MLS has just announced their schedules and it looks like Beckham will be traveling the country later this summer with his new teammates. He must finish his contract with Real Madrid through June 30th so it's reported that his first debut game will likely be August 5th at Toronto. 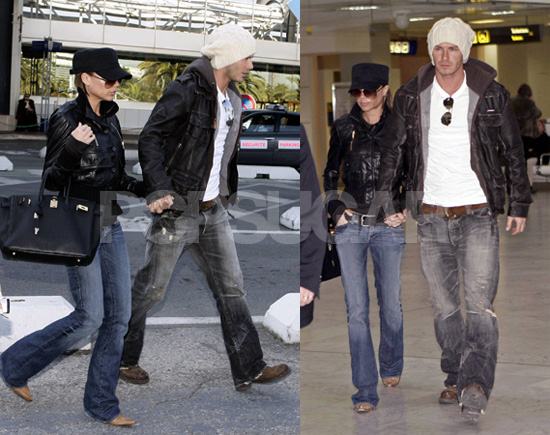