Victoria Beckham and Her Boys Show Their Spice Girls Support

It was a Spice Girls reunion last night at their Viva Forever! premiere held at London's Piccadilly Theatre. Victoria Beckham was joined on the carpet by David, Romeo, Brookyn, and Cruz, while Harper skipped out on the celebration. Victoria was reportedly running a bit late and missed out on the opportunity to pose with her fellow Spice Girls, Mel B, Emma Bunton, Geri Halliwell, and Melanie Chisholm on the carpet but met up with them on stage to congratulate the performers afterward. Reviews of Viva Forever are rather brutal, but that didn't dampen the Girls' enthusiasm. It's been a few months since we've seen the group back together — the fab five famously closed out the Summer Olympics with a medley of their biggest hits.

The Beckhams are reportedly spending the holidays in England as David and Victoria continue house hunting overseas. It was another exciting year for the Beckhams, with Harper's first birthday and David's retirement from soccer ranking among their major milestones. 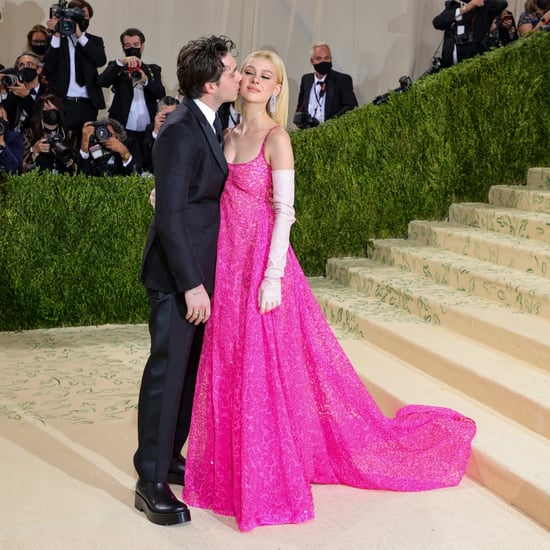 Met Gala
Love Is in the Air! Brooklyn Beckham and Nicola Peltz Are the Met Gala's Cutest Couple
by Lauren Harano 9/13/21